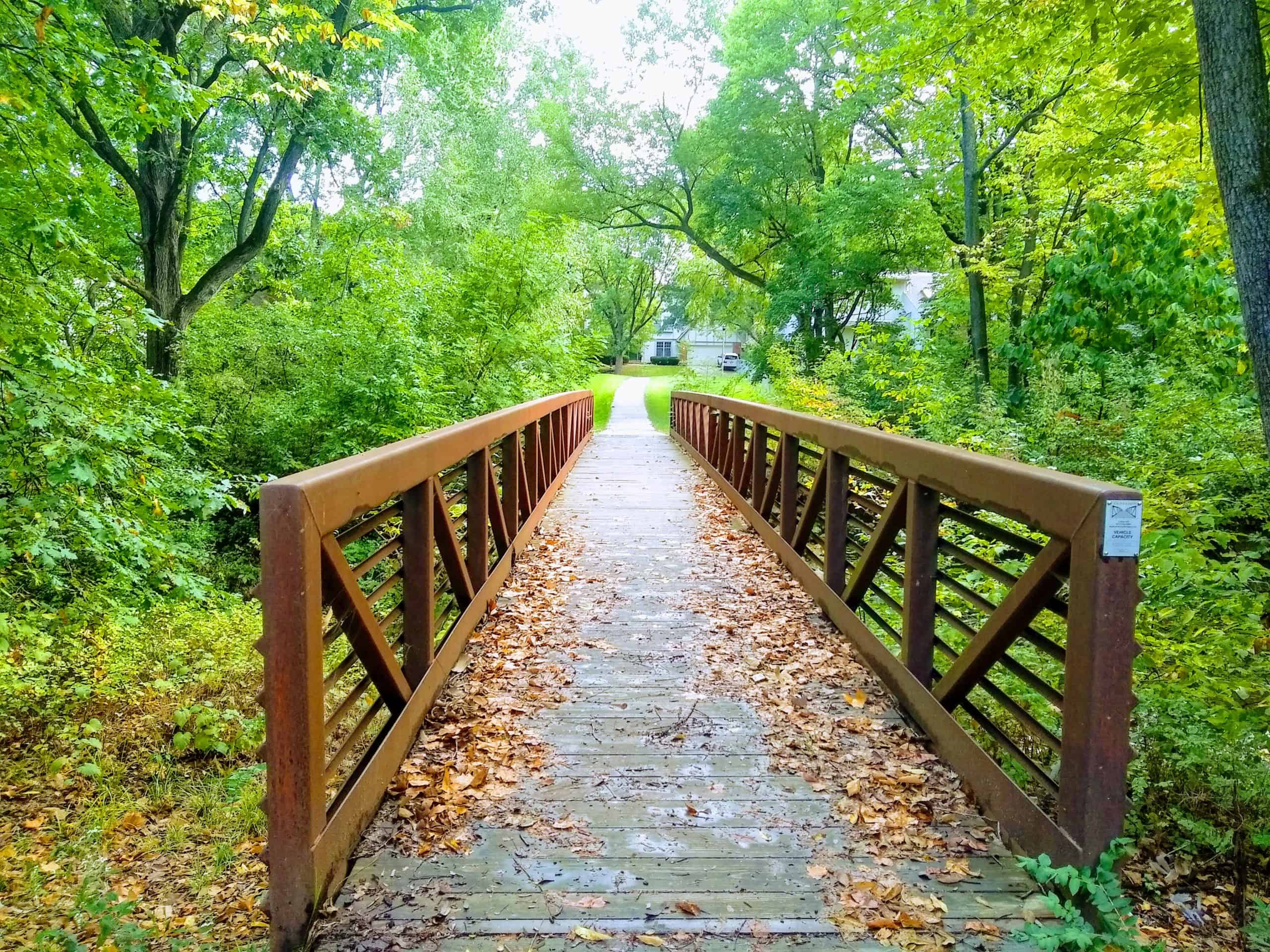 The Logic of Paradox

“But I tell you the truth, it is better for you that I go. For if I do not go, the Advocate will not come to you. But if I go, I will send him to you” (Jn 16:7).
Catholicism, what a paradox! The Bible is full of verses like: “For whoever wishes to save his life will lose it, but whoever loses his life for my sake will find it” (Mt 16:25). As Catholics we proclaim truths like: “O happy fault that won for us so great a Redeemer” (Exultet for the Easter Vigil). And we have experiences as though a blind man were teaching us how to see. Faith and reason, body and soul, Scripture and Tradition, grace and nature; these are all truths of our faith and all are paradoxes. As we begin this new cycle of meditations focusing on the important elements of the charism of the Apostles of the Interior Life, I would like to explore and share my experience of what I call the “logic of paradox.”

What is a paradox? A paradox is like a bridge. It is the tension between two extremes which on their own would seem to be contradictory, like two banks of a river that would be inaccessible without the bridge. While they could seem in opposition, the “logic of paradox” holds both extremes together in harmony without compromising the integrity of either. Thus it is not illogical or irrational, but rather a paradox is so “big” that it is hard to wrap one’s mind around it all at once. It is “both/and,” not “either/or.”

The image of a bridge is dear to the Apostles of the Interior Life because it represents the priestly spirituality of our charism. Jesus as the eternal High Priest gave up His life to reconcile God to man and man to God, creating a bridge where there was once a chasm. In this same vein, I think we can think of the charism as a “paradox.” The Apostles in the Gospel are first and foremost called to be with Jesus – “He appointed twelve [whom he also named apostles] that they might be with him (Mk 3:14).” Then He sends them out to preach to all nations. We are called to an ever-greater intimacy with Jesus through prayer and the sacraments, and He sends us out to preach the availability of this intimacy to everyone (hence the name “Apostles of the Interior Life”). We want to be with God, and bring people to God and God to people.

Even our intimacy with Jesus is a paradox. The call to be with Jesus is not a one-time invitation. It is constant. For those of us called to radically follow Him through celibacy for the Kingdom, it may seem that once we have given Him everything through the vows of poverty, chastity, and obedience that that self-gift is firmly in place. Paradoxically, He calls us into deeper intimacy even after we have given a complete gift of self.  We have given all that there is to give, and He asks for more. I personally experienced this tension, this paradoxical intimacy, in the days surrounding my consecration.

The days leading up to my profession of vows were powerful. The verse that kept surfacing during my prayer in those days was “Come, blessed of my Father” (Mt 25:34). Jesus was beckoning me to Himself as the one chosen by the Father to be His bride. It was like the fairytales of old in which the king chooses the bride for the prince. Jesus and I both knew what we wanted, but we were waiting for the blessing of the Father. And it came in a number of ways during those days.

For instance, the moment I arrived at the monastery where I was to have a three-day retreat, I was greeted by a priest who used to be my spiritual father, perhaps the first through whom I truly experienced the care of a Father. The first thing he said to me was not “hello” but, “I’ve been meaning to write you.” I had not seen him for years, and yet he was thinking of me (even if he knew I was coming). I immediately felt welcomed by his paternal care. He and his brothers then prayed for me and my preparation for my vows at all of the Masses in the following days.

I also experienced the Father’s blessing through my spiritual father who custom tailored the retreat for me and accompanied me throughout everything. After those three days, I dropped him off and I did not see him again until the morning of my vows as we were about to process into the church. There was not much time for words, so I simply asked him for his blessing. In that moment he was the person of the Father for me. He knew all of my faults and sins and limits and struggles. He literally could have told the Community to call the whole thing off, and yet, like the Father, he looked past all of those things to my identity as the beloved of Jesus. And he gave me his blessing. I walked into the church confident of what I was about to do and the ceremony began.

The culmination, of course, was the moment in which I read the formula of my vows, promising to give everything I had, everything I was, and everything that I would be to Jesus through the vows of poverty, chastity, and obedience. The invitation “Come, blessed of my Father” was strong as I literally made my way to the altar. I felt like I could finally say in that moment, after years of beckoning on Jesus’ behalf and longing on mine, “Here I am.” I was really an Apostle, called to be with Jesus, and not only to be with Jesus, but to be one with Him.

The unity that continued to deepen in the following months was a paradox to me. There was a specific day, time, and place in which I gave absolutely everything to Jesus and yet He kept claiming more and more of me. Moreover, it was not in great moments of intimacy that our unity deepened, but in the moments when I thought He was furthest away. I began to realize that the moments when I was shrouded in darkness were not dark because He was absent, but because He had descended so deep into me that I no longer could see Him. He was not afraid of my past or my faults or my fears or my limits like I was. He wanted even those parts of me, and He would go to get them. The places in me that I did not know existed or that I subconsciously tucked away because I did not think they were worthy of Him became His favorite places to hide. I really did give everything to Him when I professed my vows. And, paradoxically, He continues to plant His flag in more and more of me.

I think we all experience the logic of paradox in our lives. Not all of us are called to consecrate our lives to the Lord in radical chastity for the sake of the Kingdom. Not all of us are called to share in the charism of the Apostles of the Interior Life. But Jesus still wants all of each one of us. If we are men and women of prayer, there will certainly come times when the Lord seems distant. Sometimes it can happen in the dryness that comes from ordinary life. Sometimes it can happen in traumatic experiences in which it seems that the Lord has abandoned us. For those times, I offer to you what was helpful for me, which was remembering the words of Jesus Himself: “But I tell you the truth, it is better for you that I go. For if I do not go, the Advocate will not come to you. But if I go, I will send him to you” (Jn 16:7).

The Apostles were called to first and foremost be with Jesus. Then He tells them that it is better for Him to go. What a paradox! However, Jesus gives them the assurance that the Paraclete will come in His place. The same is true for us. When all seems like darkness, it is because Jesus has gone to the dark places of our heart to bring the light of the Holy Spirit who claims us as children of the Father in the Son. He wants an ever-deeper intimacy with each one of us, and He is not satisfied until He gets it. Today, let us allow Him to speak these words to our hearts: “Come, blessed of my Father. Do not be afraid of the darkness, because you are a child of the light. It really is better if I go into that place, because I will send my very own Love to fill it. If you will only close your eyes, and lean into the darkness, I will make you truly see that I am with you always even until the end of the age.”

Concrete Resolution
Invoke and ask the Holy Spirit to reveal any place in you that you have not yet surrendered to Jesus’ great love for all of you. Ask Him to give you the grace to let Him and His light come flooding into the darkness that may surround it.

One of the blessings of living in Rome, the heart of the Catholic Church, is the possibility of attending Mass at the...