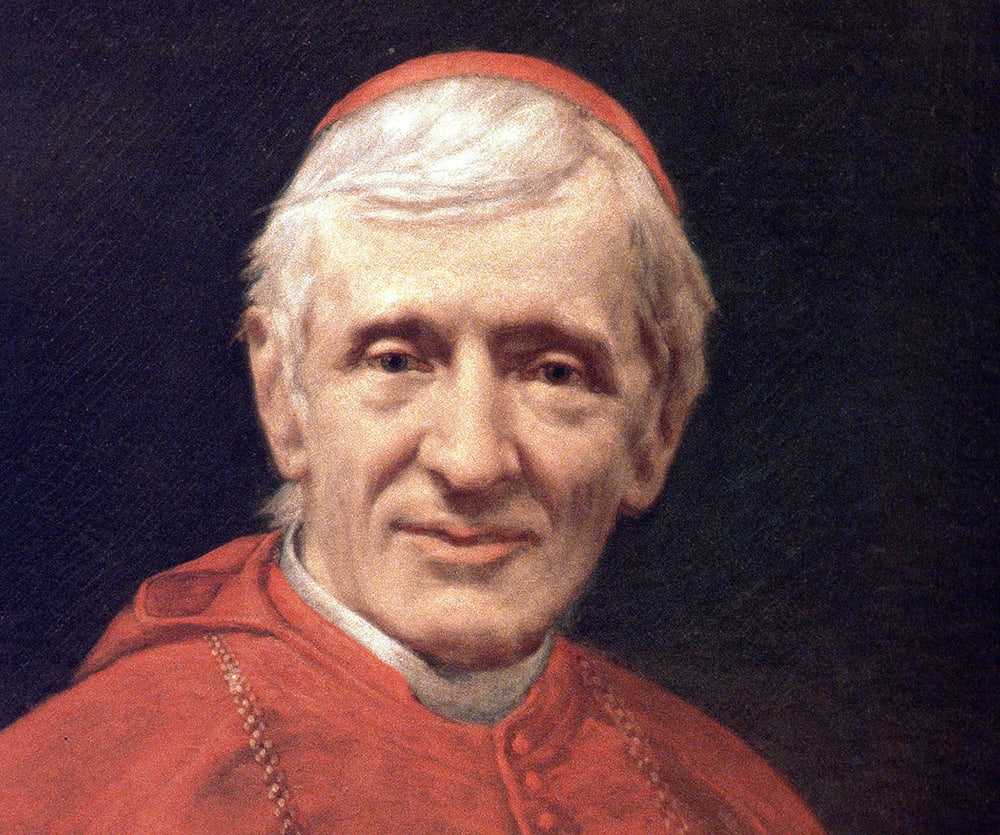 One of the blessings of living in Rome, the heart of the Catholic Church, is the possibility of attending Mass at the Vatican. One such Mass that a few of us Apostles of the Interior Life attended back in October was the canonization Mass for six new saints, including Saint John Henry Cardinal Newman. I had known this saint’s name growing up, mostly because the Newman Center at my local university had been named after him, but I knew little about his life. When I later studied at the local university, I continued attending my neighborhood church, and didn’t happen to participate much at the university’s Newman Center. Yet a few years after that, I found myself working for my alma mater and attending daily Mass there. The Newman Center became a part of my daily faith life, and in fact, I was sitting in that Newman Center when the Lord called me to consecrated life. Fast forward to a little over a year ago: in my class on Faith and Reason at the Salesian Pontifical University here in Rome, we were asked to write a research paper on the conversion of a known saint. You guessed it! I picked John Henry Newman. I knew his canonization was approaching and I wanted to finally get to know him better. As I delved into the life of Saint John Henry Newman, I discovered a man of both extraordinary courage and docility.

Newman, an avid reader, first converted to Christianity as a teenager, after having read some Calvinist works. He was a gifted student and began attending Oxford at an early age. As he matured, so did his religious views, leading him to shift away from his evangelical roots, where he saw too much emphasis on feeling and faith alone, and not enough on the revelation of truth through the Church. In 1824, Newman became an Anglican deacon, and the following year, a priest. He quickly gained a reputation as a preacher, and by his mid-30s, he was known nationally. He was also a prolific writer and became an authority on early church history. It was this research into early church history that eventually led him to the Catholic Church, first by way of the high church tradition within Anglicanism. Newman was part of a group that wanted to reinstate older Christian traditions into Anglicanism, which meant veering closely toward Catholicism. However, Newman had been raised believing that the Roman Catholic Church was the Antichrist, and so he began to research church history in order to support his position — a position that was traditional, yet still far from Catholicism. However, Newman’s research took him in a very different direction than he expected: he began to see that the Church of the Apostles was actually the Catholic Church, and it was thus Catholicism that held all the keys to salvation, not Anglicanism. He began to fear for his soul were he to remain in the Anglican Church. It was a seven-year process, but eventually Newman realized he needed to convert to Catholicism.

In 1845, following his interior conversion to Catholicism, Newman was received into the One True Church. His early years as a Catholic were difficult for him, as he was too Catholic for the Protestants and too Protestant for the Catholics. He lost most of his old friends, as well as his job and vocation as a priest, practically overnight. Being a fresh convert, he had very little knowledge of his new Catholic faith and tradition — he didn’t even understand the first Masses he attended. Newman’s writings reveal that he was truly an outcast in those early years. Yet in his autobiography, Apologia pro Vita Sua, he says that “Ten thousand difficulties do not make one doubt.” He had such certainty!
Newman persevered in his vocation and was ordained a Catholic priest just two years after his conversion, and then a cardinal in 1879. In his years as a Catholic, he continued his influential writings, especially in response to the anti-Catholicism of that era. With time he also found deep friendships in the Catholic Church, joining a congregation of priests that lived together in community. He found an especially deep friendship with fellow priest Father Ambrose St. John, even wishing to be buried with his dear friend.

Many are the lessons one could learn from the life of Saint John Henry Newman; he was an example of deep friendship, of well-lived community, of profound humility. Yet what struck me most of all was that I saw a man willing to sacrifice everything for the sake of truth. He didn’t choose what was comfortable, convenient, pleasant, or enjoyable. He chose what was hard. He chose what was true. How many of us lack the courage to choose what is true even when it’s hard? I know I do sometimes! Secularism teaches us that we should choose what’s comfortable or enjoyable – what feels good, not what is good. This can lead us down a dangerous path to subjectivism and relativism: “If it feels right for you, it’s ok for you.” Certainly, emotions are an important part of the whole person, but we need to make sure they point us towards truth, even in hard decisions. For Newman, the long-term feeling of being safely inside a Church that held the keys to salvation was more important than the short-term feelings of being an outcast. He suffered, yes, but for a greater good: the truth of eternal life. He chose the path that led him closer to the Lord and to heaven rather than to immediate pleasure here on earth. In Newman’s case, choosing to follow truth meant a major life change — conversion from one faith to another — but for us it might be a small decision in our daily life. When I was younger I used to sometimes be embarrassed to admit that I was going to Mass on Sunday because I didn’t want my friends to think I was too straight-laced. Yet maybe if I’d been willing to accept the feeling of embarrassment, my witness could have impacted someone. These are the daily decisions to choose truth that shape us and help us grow in virtue.

At the reception following Newman’s canonization Mass, we AVI sisters had the opportunity to meet two people who had received miracles through Cardinal Newman’s intercession – the two miracles necessary for a saint to be canonized. It was such a blessing! One of the recipients shared with us the story of how the saint had befriended her. She told us that as she passed Newman’s holy card every day, she was captivated by his kind and gentle smile. We were all struck by her description of Newman’s gentleness, and I began to reflect not just on Newman’s courageous willingness to sacrifice, but also on the gentleness and docility with which he accepted that he had been wrong. In all my research, I found no hint of resentment — just a gentle docility before the truth and the courage to sacrifice everything in order to follow that truth.
For me, meditating on the life of Saint John Henry Newman has been an inspiration, and although I have only very recently begun a friendship with him, I am starting to see that maybe he had begun working on a friendship with me much before. After all, it was in a Newman Center that I discovered the truth of my vocation and indeed began a journey of major life changes, much like Newman, in order to follow my vocation.

I pray for all of us, that through Newman’s friendship and intercession, we might find the docility and courage to always follow truth, wherever it leads us. Saint John Henry Newman, pray for us!