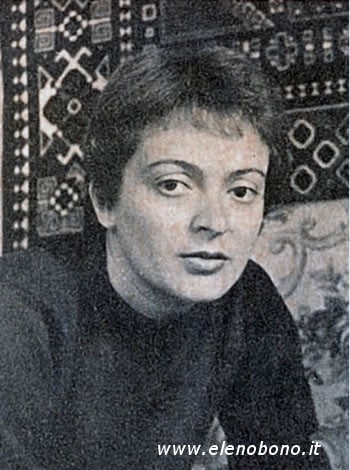 What fruit could 48 hours at a Redemptorist monastery on the foothills of Mt. Vesuvius, eight literary experts, and two Apostles bring?

When asked if I could accompany Sr. Sabina on a retreat near Naples, on the weekend sandwiched between my two hardest exams, I wasn’t quite sure what to expect. I was told, however, that the eight participants were united thanks to a recently deceased author named Elena Bono and each had asked for a weekend of reflection on her writings. This retreat would be new and “unique,” and seeing as how my degree from Texas A&M is in Literature, I agreed to tag along.

A literary retreat? One might ask: should not the Apostles of the Interior Life give meditations on the Word of God alone? Ah but you see, in the heart of Southern Italy in the middle of June “the Word was made flesh, and dwelt among us,” speaking through his faithful servant Elena Bono (John 1:14).
The first evening, Sr. Sabina read verses from one of Bono’s short stories in a candle-lit room while I quietly played the guitar. She invited each participant to recall what struck them as they read Bono’s works and then to silently leave the room to retreat and reflect until our group sharing the next morning. Reunited after a joyful breakfast, each opened the book of their own life to narrate how encountering Elena Bono (whether in word or in flesh) brought them to discover or rediscover Christ; two of them were atheist before reading her books. After the afternoon meditation and mass, we very simply animated an hour of Eucharistic Adoration. Later we discovered that one of the participants, who had recently converted from Atheism, was so taken by the Lord’s physical presence during this her first holy hour, that she was distraught when He was placed back in the tabernacle. Never before had she delighted in that prolonged intimate gaze face-to-face with God, and she knew she would never be the same thereafter.

That evening after supper we went outside, and with guitar in hand I told my story through song under the stars on a moonlit night. In front of nine glowing faces I thanked God for inspiring me to change my degree to Literature. Though I was criticized by my Engineering professors for changing fields, I learned a lot about the desires that flourish in the soul of man revealing the Spirit of his Divine Creator. With great joy and gratitude, I returned to Rome enriched and inspired.

What could I say after forty-eight hours at a Redemptorist monastery on the foothills of Mt. Vesuvius with eight literary experts and two Apostles? Pick up a good book; the Lord is waiting to meet you there.