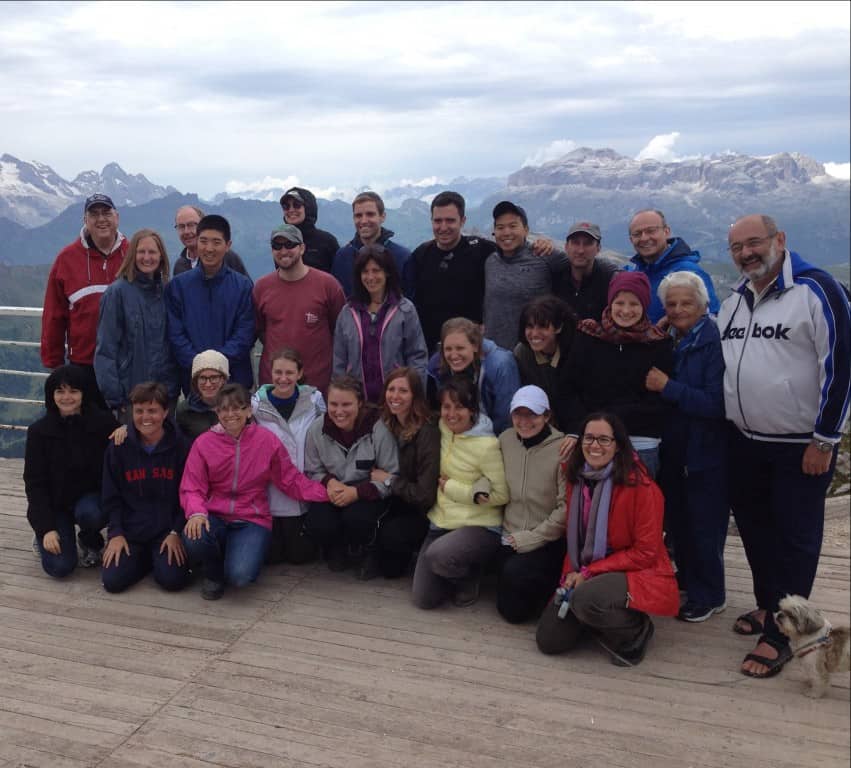 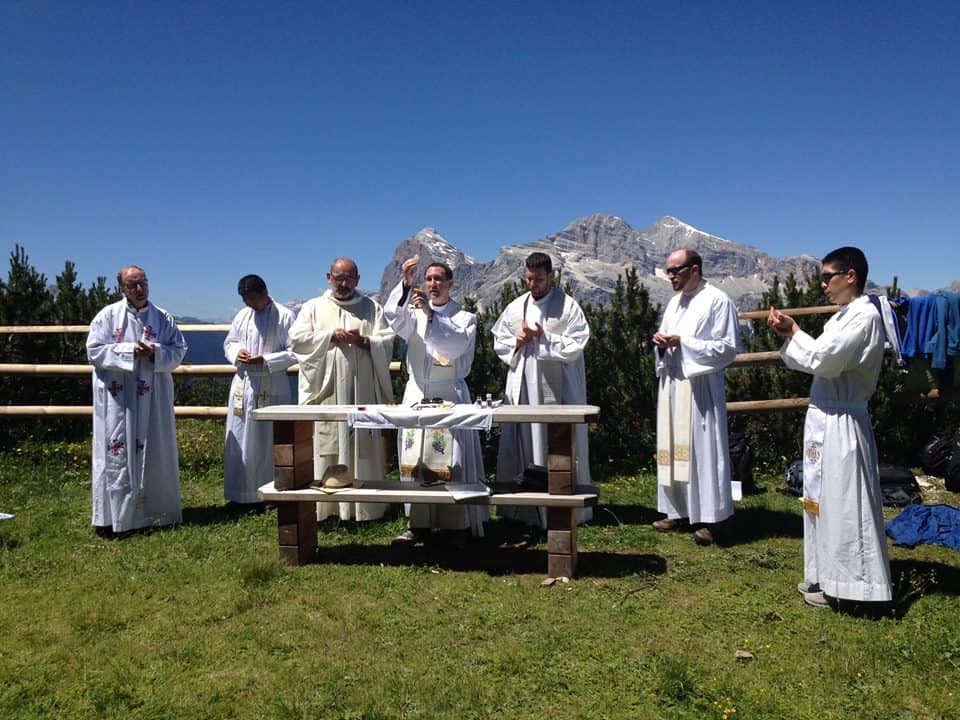 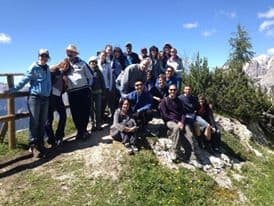 The Week of Spirituality for Priests

The daily life of a priest is full. That is why several years ago, the Apostles of the Interior Life decided to host a biennial retreat in the Dolomite mountains of Cortina, Italy for friends of the Community called the “Week of Spirituality for Priests.” Having worked alongside priests in various ministries and being edified by their sacrifice and hard work, the Apostles envisioned the week as a time of rest, prayer and friendship. This year on July 14-23rd, 10 priests from both the U.S. and Italy came for a get-away, including Archbishop Joseph Naumann from the Archdiocese of Kansas City, Kansas enroute to World Youth Day in Poland and two priests from the AVI male branch, Fr. Alessando Borraccia and Fr. Edward Ahn.

This year was another success. The week was blessed by sunshine – a reprieve from the rain before and after –  allowing the group to go on hikes through the stunning Alps and experience what was said by many to be the climax of the week: celebrating Mass at the summit of the mountains, making Jesus sacramentally present in the splendor of God’s creation.

Moments of prayer led into moments of rest, and both fostered friendship among everyone present. Fr. Jonathan Raia of the Diocese of Austin, Texas came for his first time and said,

“The best gift of the week was the experience of friendships both old and new with the Sisters, as well as with the priests and laity who were with us.  The joy, the laughter, and the experience of ’communio’ were wonderful gifts from the Lord that gave my soul refreshment and true rest.”

Fr. Fabio Bartoli of Rome, Italy is a new member of the Family lay movement of the Apostles of the Interior Life and has participated three times in the week set aside for priests. He appreciates the week in Cortina because it renews his ties to the Community and gives him a sense of being in a family. He remarked,

“In the life of a diocesan priest, loneliness is one of the most subtle enemies, together with the temptation to succumb to seeking to find your worth within the success of your ministry. To have the opportunity to meet other priests in the relaxing context of vacation, fun and prayer is a great blessing because it brings us back to the truth of our first vocation ‘He chose them so that they might be with Him‘ (Mk 3, 14).”

The Apostles also benefit from the week by being able to give back to those who give so much. Without the faithful leadership, friendship, and the gift of their priesthood, the Sisters would not be able to encounter the Spouse, Jesus, in a physical way. The “Week of Spirituality for Priests” is the Community’s way to say “thank you” for all that they receive from their friends, the priests. And, its continued tradition is a way to perpetuate that gratitude.