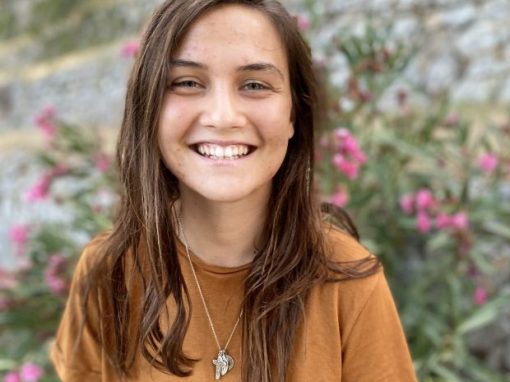 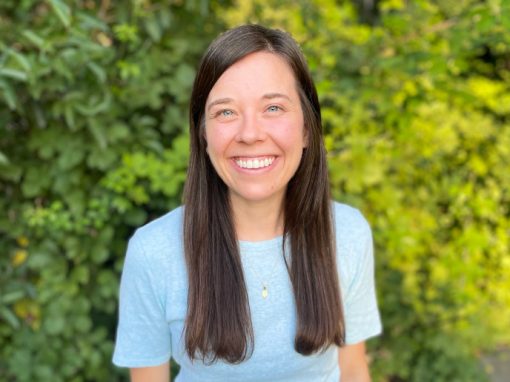 My name is Ruth Kuefler

I graduated from the University of Kansas in December 2011 with a degree in Viola Performance.

I would say that I am an artist at heart. I started studying the violin when I was 5 years hold, and took up the viola in college. I love music, art, crafts of all sorts, and anything requiring creativity. I enjoy contemplating beauty in the world around me, and I love it when I can pray through my art. I am organized but usually pretty easy-going, although when I do finally make up my mind on something, I can get very adamant as well. I love having personal conversations with people and walking side by side with them in their journey of faith. I have a special devotion and love of the Eucharist, especially Adoration, and one of my favorite saints is St. Peter Julian Eymard, known as the Apostle of the Eucharist.

Growing up, I never really expected I would be called to religious life. Towards the end of my freshman year, I started spiritual direction with Sr. Lory and began to develop a prayer life. At first I would go to Adoration once a week, maybe two, then gradually every other day, and by the end of my sophomore year, I was praying a holy hour every day. I just could not stay away from His loving presence in the Eucharist. In hindsight, I see that God was wooing me before I even realized it.

By my junior year though, I was dating a young man and seriously considering marriage, and religious life really wasn’t on the horizon. This all changed one weekend when I was helping out with a retreat at KU, and was praying for hours in Adoration as part of the chapel cover team. I had never spent so much time at once before Jesus in the Blessed Sacrament, and I remember coming away from that weekend thinking ‘Wow, that, that time with Jesus, that’s real life; the rest of this, school, work … it’s just not as real, it’s not enough.” After that weekend, I had such a burning desire to be with Him in Adoration, and every day when I would go to pray, I could literally feel Him tugging at my heart. I knew He wanted something more from me, but I was confused, and didn’t know exactly what that might be.

Meanwhile, the Apostles of the Interior Life were having a silent retreat, and I decided to go in order to hear better what the Lord was trying to say to me. It was one of the most beautiful, intimate periods of prayer I had ever experienced, and I really was beginning to be convinced that God could be calling me to consecrate my life to Him. But the definitive moment came for me with Sr. Elena’s meditation the next day on the story where Jesus meets the Samaritan woman at the well. She was describing how Jesus asks this woman all sorts of personal questions in order to encounter her more deeply. This is the point where I like to say that Sr. Elena ‘played God,’ because she asked some of us girls there some questions of our own. I had an uncanny feeling she was going to say my name, and sure enough, she asked me, “Ruth, what do you really want?” At this, I just stopped and knew that this was the question of my life, and I had to answer it. But I didn’t have to think or reason, I just knew, and I answered in my heart, “All I really want is you, Lord.” And with this yes, I was filled with a joy and peace unlike anything I’d ever experienced. I knew that in that moment, He had called me to be His bride, and I knew that my answer was yes.

I met the Apostles for the first time at the University of Kansas during my freshman year (fall 2007).

My first impression was that they were very joyful and prayerful. Any image that sticks clearly in my mind is seeing Sr. Susan pray in Adoration, with such reverence and love for Jesus present in the Eucharist. She and all the sisters would always come out with such radiant smiles on their faces, I knew they were truly happy, and I wanted that type of true happiness.

I began the experience with the community in January of 2011, when I moved in with the community in Lawrence at the Fiat House. I lived with them for a year while I was finishing my degree at KU and continuing my discernment. In January of 2012 I officially entered the House of Formation in Rome, to begin my philosophy and theology studies and start receiving formation and doing apostolate in Italy. On December 12, 2015 I took my vows of poverty, chastity and obedience.