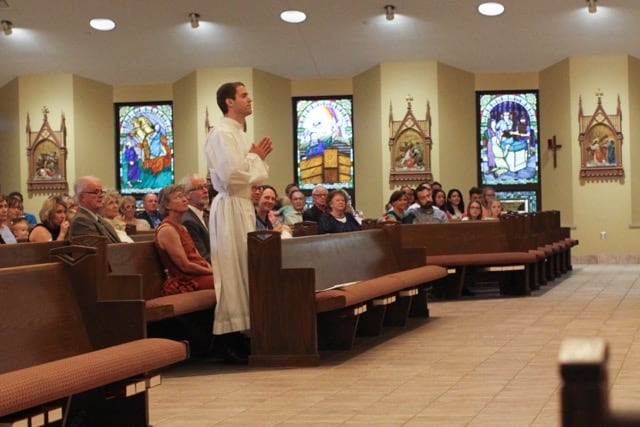 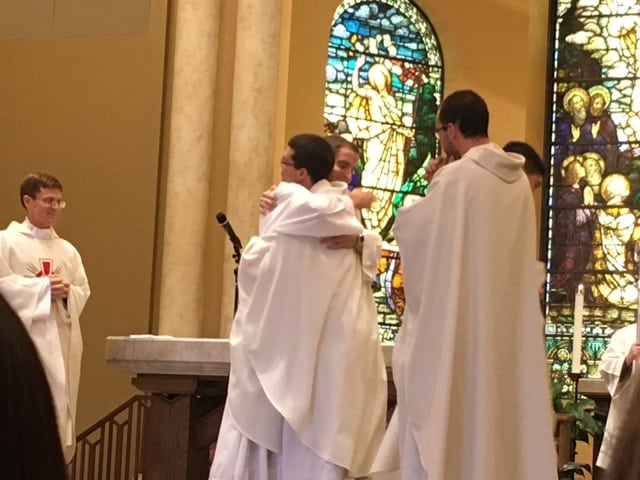 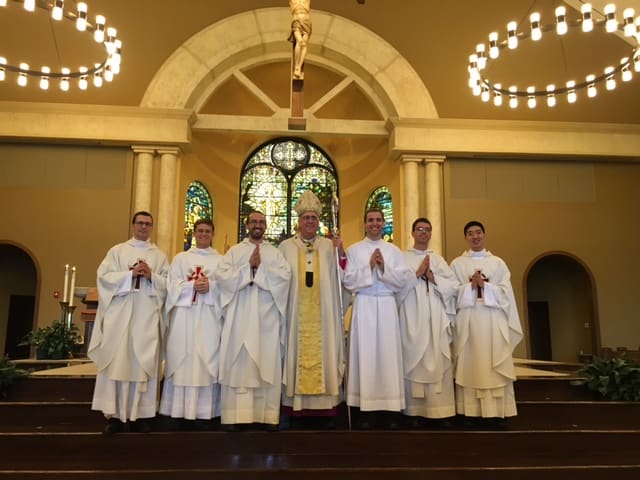 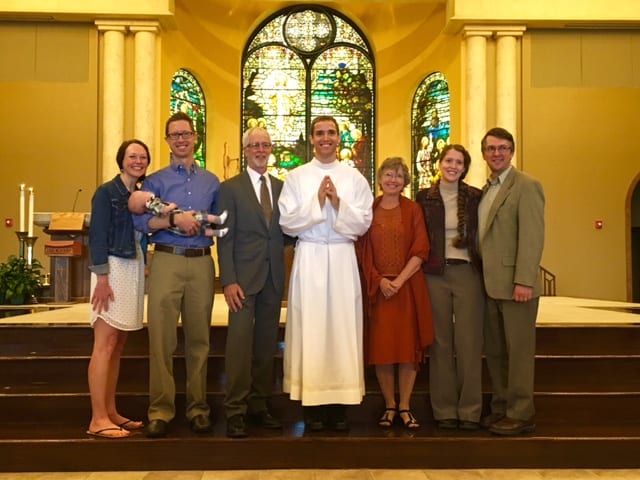 The reality of consecrated life can be enigmatic for many. Oftentimes when doing apostolate, an Apostle of the Interior Life, after explaining that a vocation to consecrated life means that one feels called by Christ to give him- or herself entirely to God through the vows of poverty, chastity, and obedience, will immediately be asked: but can you get married? For Joel Haug, he does not tire in explaining that his complete consecration to Christ as the sixth member of the male branch of the Apostles of the Interior Life on August 20th of this year was similar to a wedding.

“I believe that professing the evangelical counsels is very much like the vows that a couple makes on their wedding day. We realize that this [marriage and likewise consecration] is a very serious commitment that will last for the rest of our lives and that it will naturally entail laying down our lives on a daily basis, but in the concrete reality, we have no idea what the upcoming years, months, or even days will hold for our vocation… I think it is part of the excitement to have a general knowledge of what a vocation is and then to gradually uncover the richness and the mystery of the reality that I have assumed, especially in the case of consecration when God Himself is your spouse and His depths can never be exhausted or fail to enthrall.”

Just as the future of a vocation is unfolded day–by–day, initially hearing the voice of God calling one to consecration requires a journey of consistent openness and continual prayer. Joel experienced the Lord drawing him closer to Himself as a student at the University of Kansas through the St. Lawrence Catholic Campus Center and the ministry that the sisters of the Apostles of the Interior Life do there. Students that were aflame with their love for Christ reached out to Joel, inviting him into the greater community and ultimately to a vocational retreat where he met Sr. Elena Morcelli who became his spiritual mother and taught him how to dialogue with God and hear the Lord speak in everyday experiences. Soon he began vocational discernment, listening to the voice of God directing him to the fulfilment of his person either through marriage or consecrated life. On October 17, 2010, when he considered the prospect of being a priest of the Apostles of the Interior Life in prayer, he received unmistakable peace and joy that were a confirmation of the direction that the Lord wanted him to pursue.

“Although I was (and continue to be) attracted to the natural goodness and beauty of marriage and giving myself completely in the service of a human bride and children, the Lord never bestowed that deep peace necessary for me to exclude the possibility of consecrated life and priesthood. I believe that He desired to elevate these desires to the level of a direct spousal union with Him and a spiritual fatherhood that would bear abundant fruit in guiding my future spiritual children.”

He went on to graduate with a degree in Spanish and Pre-Medicine in May of 2012 before flying to Rome, Italy – the then home the priests of the Apostles of the Interior Life – to begin formation. Two years later, the entire male branch moved to the Archdiocese of Kansas City in Kansas under the leadership of Archbishop Joseph Naumann. Joel spent a year doing ministry in the diocese before moving to Kenrick Glennon Seminary in St. Louis to finish his theological studies. This year he is accompanied by Fr. Edward Ahn and Fr. Mirco Sosio, two of his brothers in the community, who will serve as full-time spiritual directors for the seminarians. If God so wills, Joel will be ordained to the deaconate in May of 2018 and to the priesthood the following May of 2019.

Reflecting on his future, Joel said this:

“I cannot wait to see what my future holds as an Apostle of the Interior Life! One thing is for certain: I can think of no better way to serve God’s people and society as a whole than bringing Jesus to so many that are starved for true happiness and intimacy… As Apostles of the Interior Life, we are in the “business” of souls, and there is no greater gift that we can give these souls than guiding them to the eternal beatitude that they are longing for!”