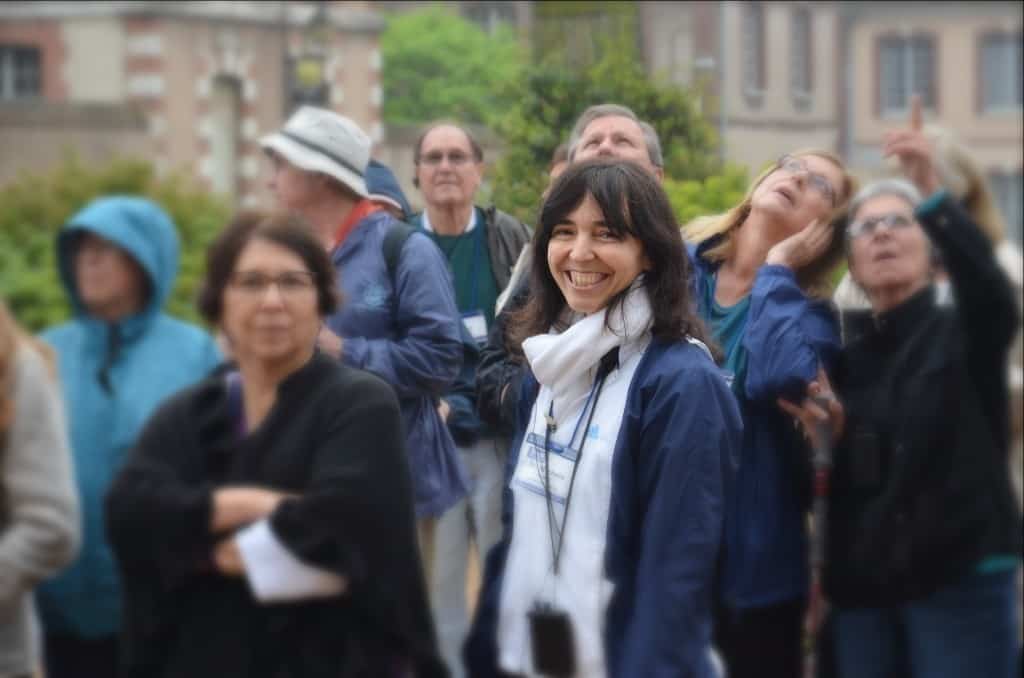 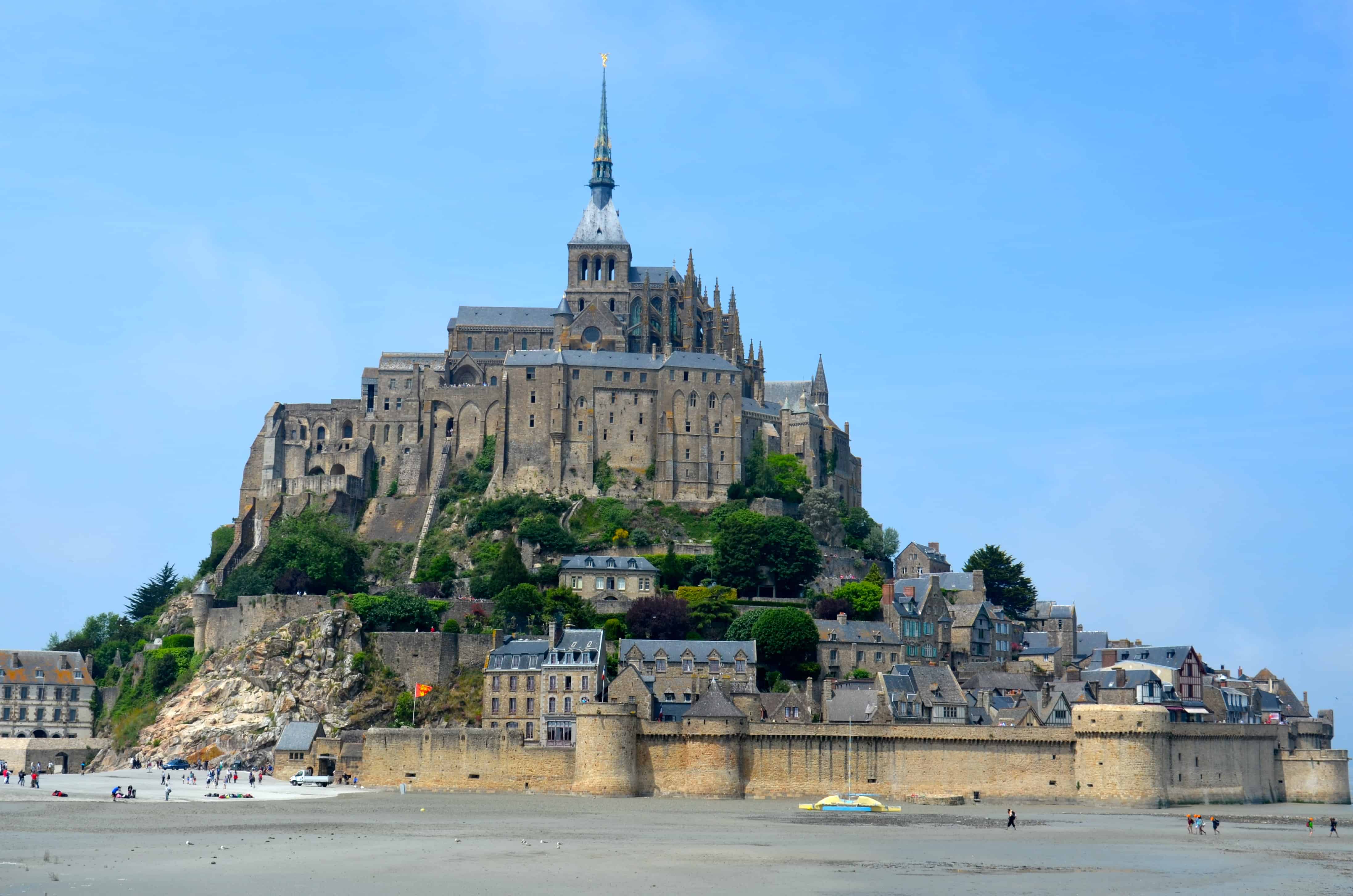 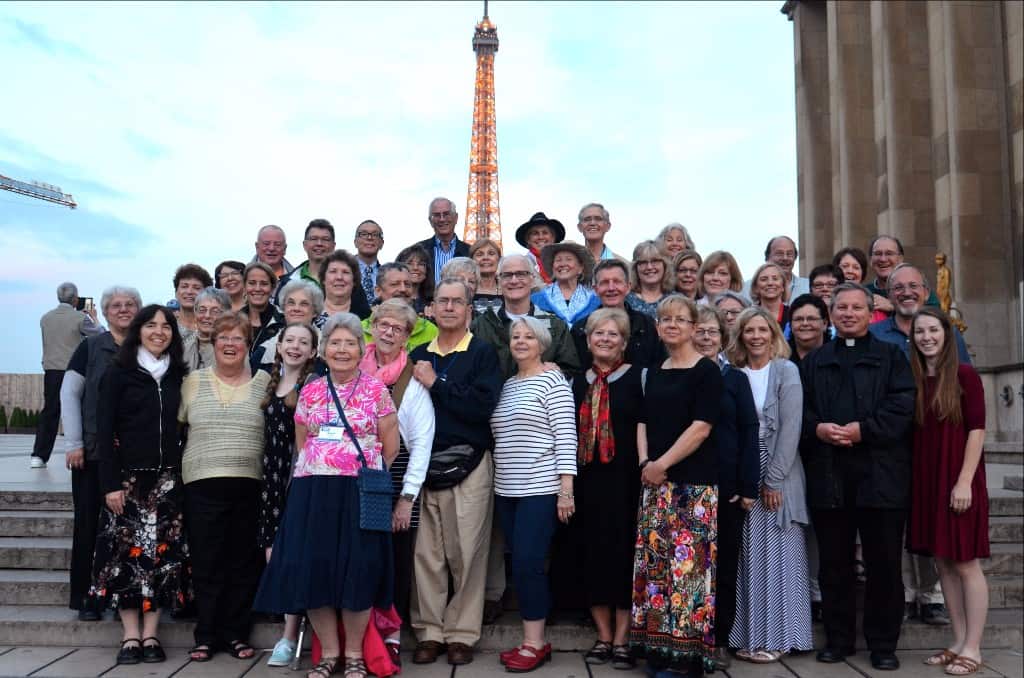 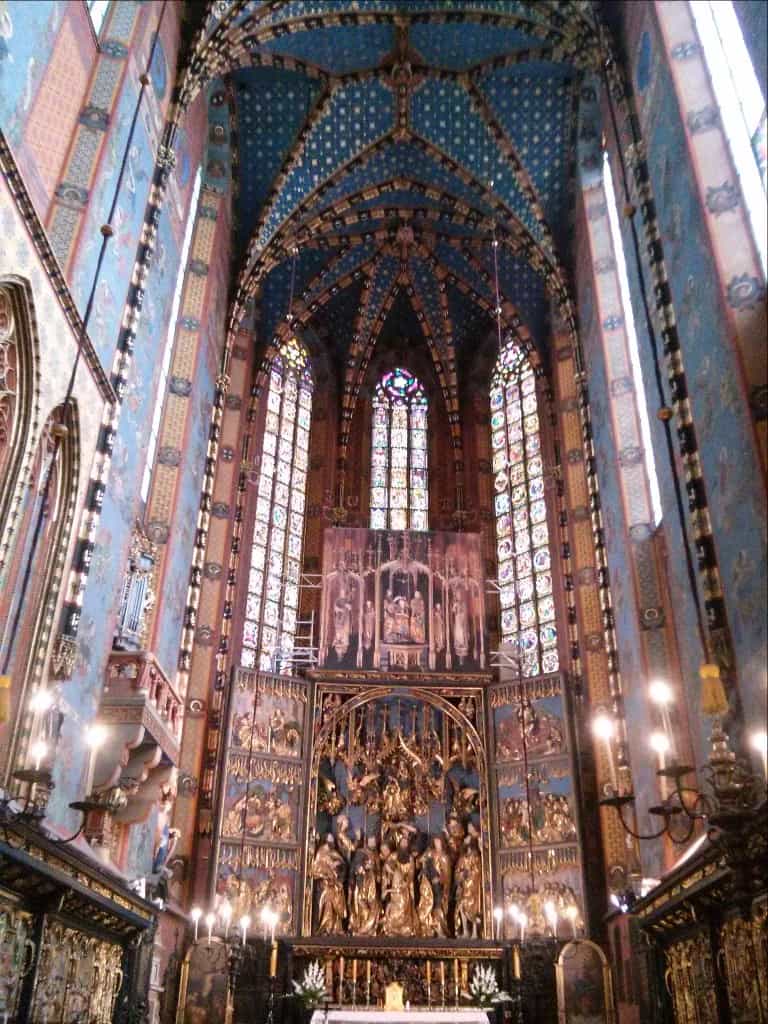 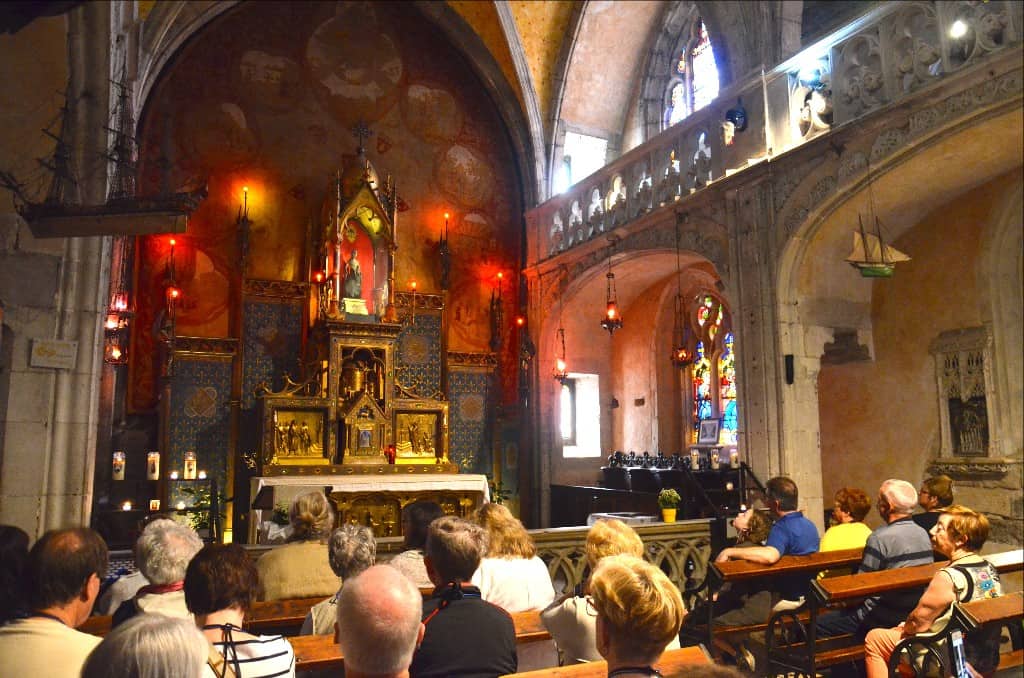 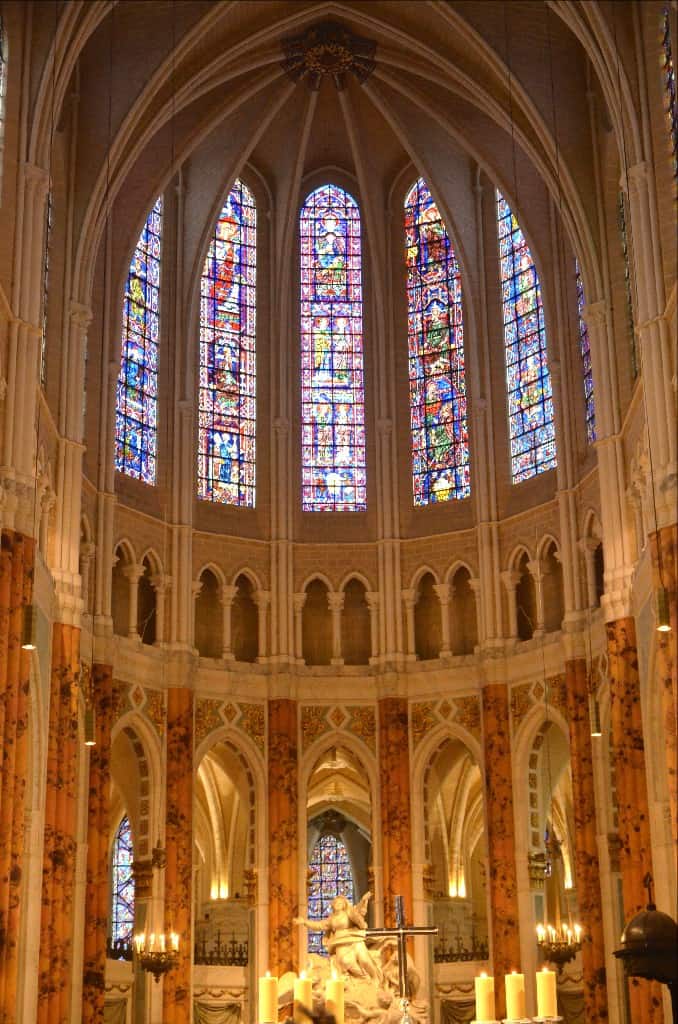 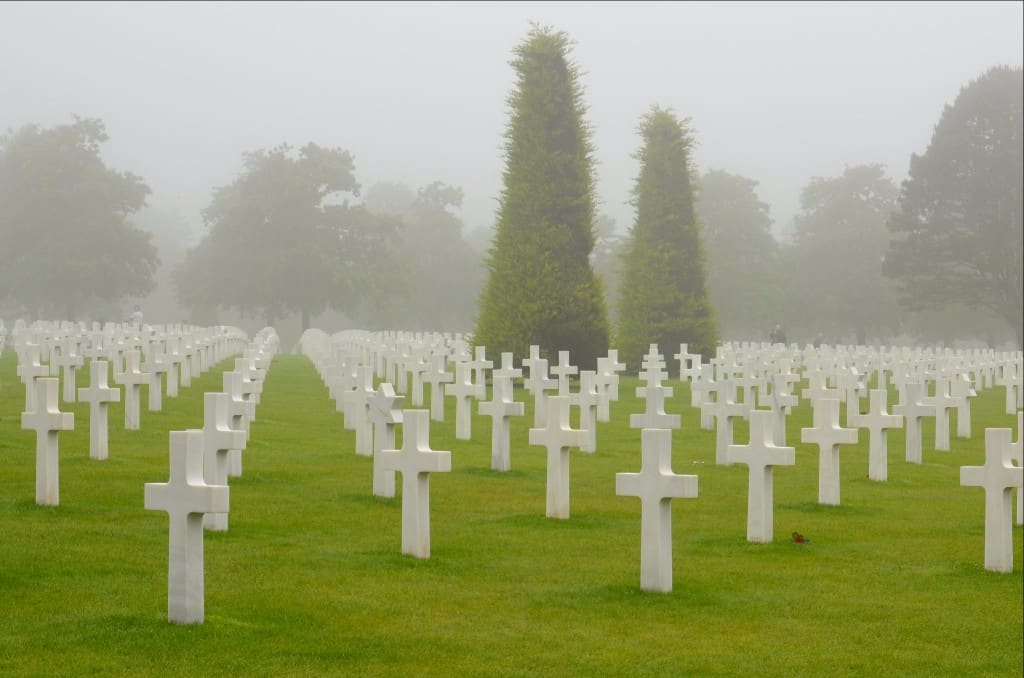 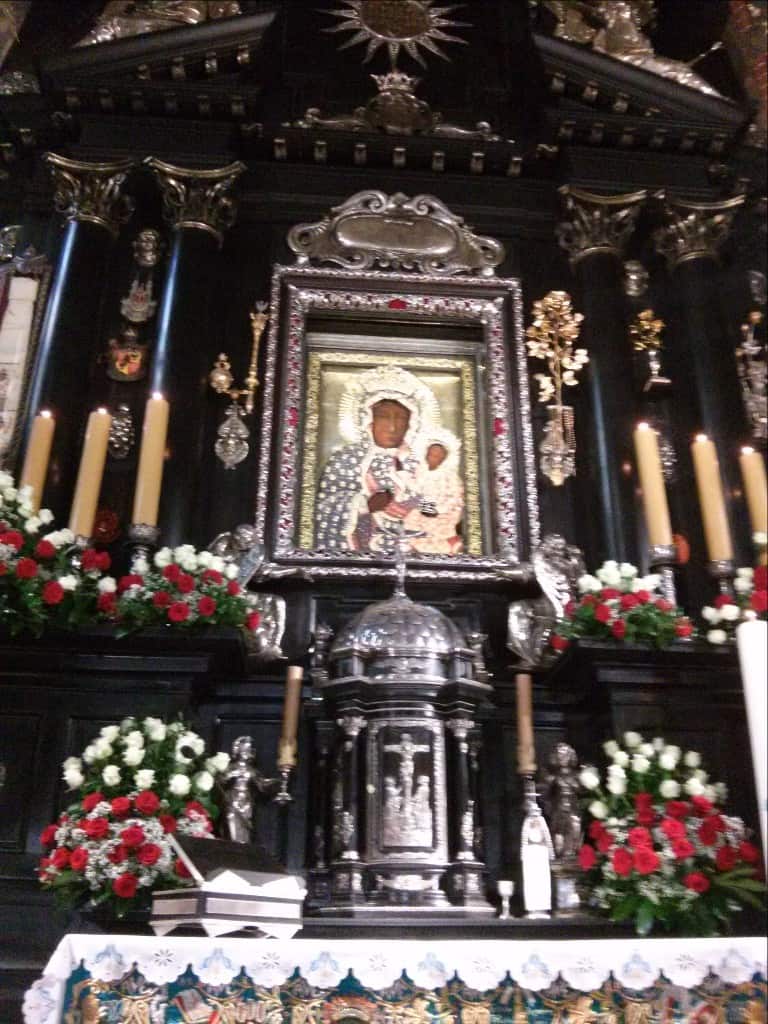 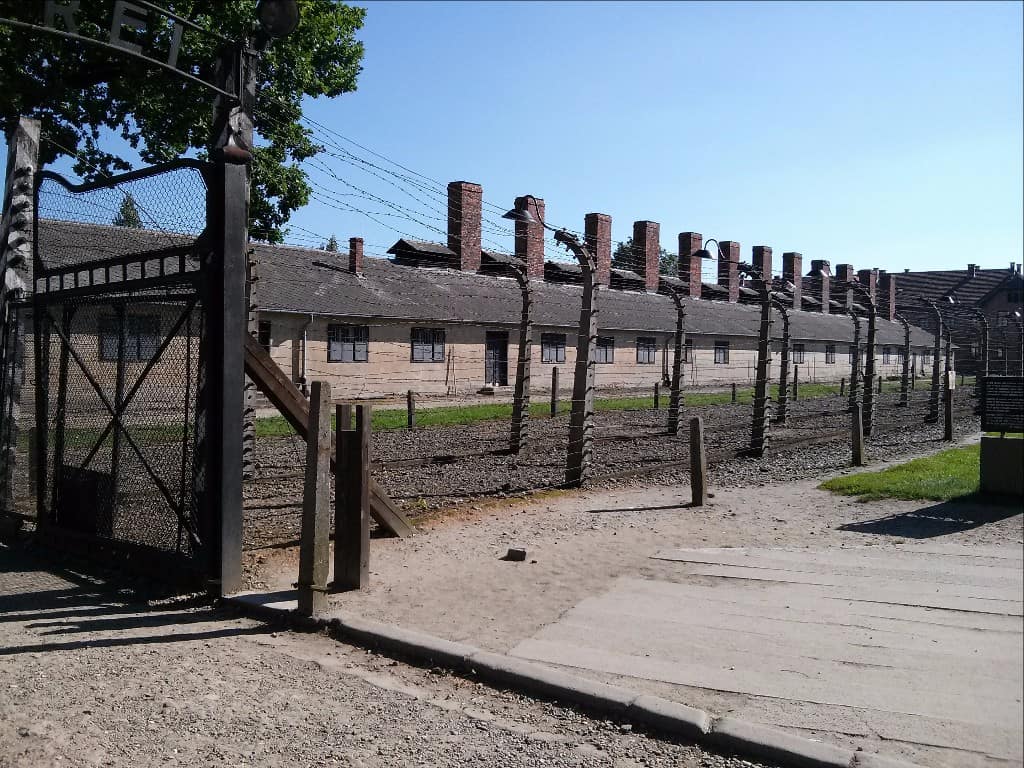 In the Footsteps of a Pilgrim

To go on pilgrimage is more than seeing ancient holy sites, walking long distances, and making sacrifices of comfort, although the Apostles of the Interior Life certainly had all of that and more on their pilgrimages to France and Poland this year. The trips tried to combine the traditional physical characteristics of a pilgrimage with the profound symbolic nature of a trip towards greater union with Christ. Each day contained site seeing, catechetical information about the history and significance of each holy site, and prayer – Mass, a meditation, and Eucharistic adoration.

In France, the 40 adults were blessed to go to Paris where they saw Notre Dame with its exhibit of the relic of the crown of thorns; St. Chapelle; the Shrine of the Miraculous Medal; the church of St. Vincent de Paul; and Sacre Coeur in Montmartre where there has been perpetual Eucharistic adoration around the clock since the 1800s. They also went to Chartres, a beautiful abbey one hour outside of Paris. From there they went to Lisieux, the hometown of St. Therese of the Child Jesus. On June 6th, D-day, they went to Omaha Beach where the Normandy invasion occurred during World War II. They also went to Mont Saint-Michel, a beautiful little island with a famous abbey dedicated to St. Michael the Archangel; Aurey, that has a famous shrine of St. Anne, the mother of Mary;  Rocamadour, a little town that is literally carved in rock; and Lourdes.

Sr. Michela Brugnoli went on the trip to help provide spiritual support. When asked what her favorite part of the pilgrimage was, Sr. Michela said her time in at the Marian shrine in Lourdes was the most powerful.

“Taking the bath was very moving: it felt like going back to when I was a little girl and my mom would help me to take a bath… I felt as if she [Mary] would help me to immerse myself in the water of purification and healing, reassuring me that everything would be okay. When I went to the grotto where she appeared and I knelt in the spot where Bernadette had the vision, it was as if Mary was there to ask me if I, too, were willing to give my life to help Jesus save souls. Everything became so clear and so simple: we are here on earth to be loved by God and to love people by taking them to the Father’s love; everything else is not that important.”

The trip to Poland and Rome for the Year of Mercy was equally powerful for Sr. Janel Olberding. The group of 80 adults went to Poland shortly before World Youth Day. They saw the holy sites of many saints. They visited the first convent of St. Faustina in Warsaw and the Divine Mercy Shrine in Krakov where her body lies. They went to Niepokalanow or the “City of the Immaculate” founded by St. Maximilian Kolbe for evangelization through the printing press. They also went to Auschwitz, the concentration camp where St. Maximilian Kolbe died along with St. Teresa Benedicta of the Cross. And, any trip to Poland would not be complete without visiting the stomping grounds of St. John Paul II. The group saw Kalwaria Zebrzydowska, where Karol Wojtyla’s father brought his nine-year-old son after the death of his mother to entrust him to his heavenly Mother; the John Paul II Shrine; and the churches were St. John Paul II was the associate pastor and liked to pray. They also saw Wielieczka, a salt mine with many underground chapels carved out of salt and Czestochowa where there is a miraculous “Black Madonna” icon which tradition says was painted by St. Luke the Evangelist.

In Rome, they were blessed to see the Vatican museums and gardens and the Sistine chapel, but most importantly they were present for the canonization of Mother Teresa. Like Sr. Michela, Sr. Janel went along as spiritual support for the pilgrims. She currently lives in Rome and has the possibility to have daily contact with the historic sites there and with the faith of the people. Unfortunately, the faith of the Church of Rome is suffering, and many of the churches are empty. Thus, for Sr. Janel, she said that,

“Of the places visited, I was most struck by the strong devotion of the Polish people. Every site was full, not of tourists or foreigners, but all Poles: children, parents, elderly; especially Czestchova with lines for Confession.”

It was a delightful change for her from the missionary territory of Rome. But, living in Rome does have its perks and Sr. Janel said that, even though the canonization of Mother Teresa was not her first canonization experience, she always finds it a blessing to be able to go to ecclesial events “because the liturgy is the primary source of grace and it connects us with the entire body of Christ.”

Both encourage others to go on pilgrimages because of the immense grace received. Sr. Michela urges others to go because,

“A pilgrimage is like a snapshot of our life: we walk a journey that we are not in control of and we feel like strangers. But, we walk together and that makes the difference. And on that journey you realize that God is much more present than what you thought and you actually like it; a pilgrimage is a way to see life as a little child would see it, and that is extremely freeing.”