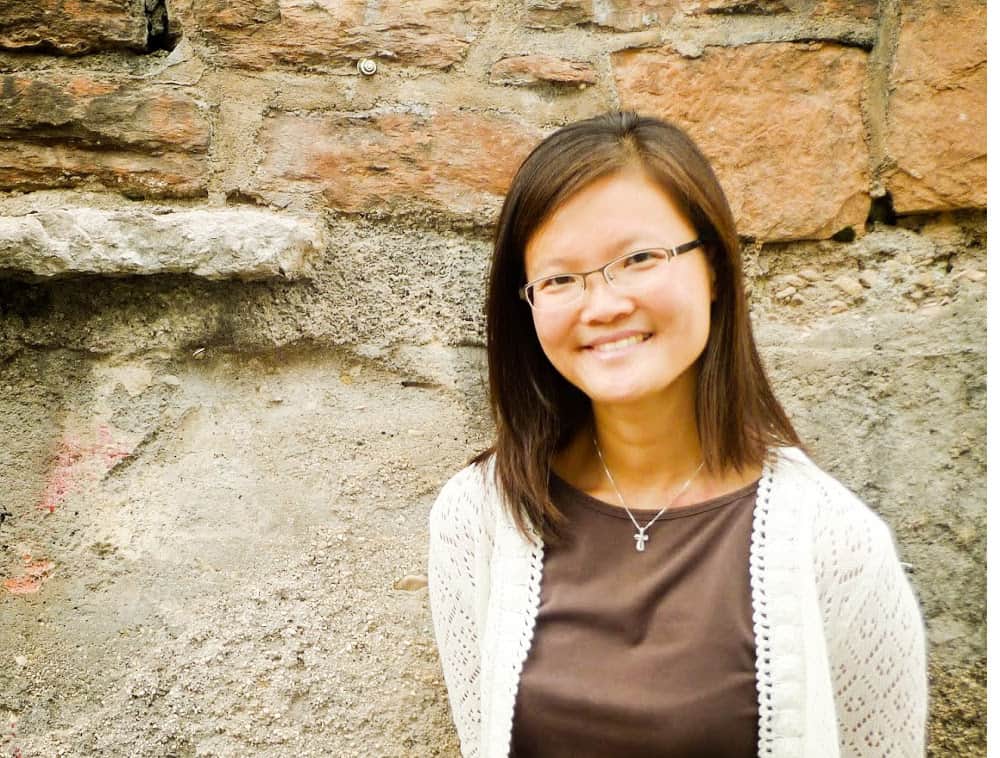 The fact that a girl from the little tropical island of Singapore found her way to a Community founded in Italy is testimony to the fact that if God wants something, He will make it happen.  So, the story of my vocation is really His story and I am blessed to witness it unfold in my life.

My preparation to live a missionary lifestyle began early on.  Since the age of 2 months old, when I was not even old enough to have my own passport, I travelled on my mom’s passport. We have been a rather nomadic family.  My pa worked his whole career for Singapore Airlines and spent many years posted abroad in different cities, some exotic, others less so.  We lived several years in Singapore, San Francisco and Honolulu in Hawaii, London in England.  Each time, my mom very heroically bundled the whole family– two kids and five luggages in tow, and learned how to drive on the opposite side of the road, scouted new homes, navigated the educational system and every day ensured that we ate every meal all together.  I am immensely grateful for her sacrifice to make our family life a hearth for us all.

After high school, I greatly desired to return to England to study and since the age of 13 years, my heart was set on Oxford University.  Perhaps it was the British accent (which I had all through childhood!), or the joy of learning, or the promise of a good future – something held a fascination for me in those stone walls of that ancient university.  But as Providence would have it, getting in was next to impossible.  I applied to Lincoln College at Oxford University to study Economics, Engineering and Management and there was only one place available that year.  I already had offers from seven other British universities, so in any case I was soon going to return to English soil.  The admissions department at Oxford had told me, small envelope means bad news, a large envelope heralded good news.  A small envelope arrived in May 1999 at my house in Singapore.  The admissions department had deceived me!  I expected a refusal in that little envelope, but they offered me a place to read EEM that following fall.  In June that year, as I was preparing for the big move, I received another offer – this time from a multi-national company in Singapore that would have happily paid for my whole education, given me a stipend during study and reserved a job for me upon graduation, had I only said yes to giving up my dream and moving to America to study Mechanical Engineering at the University of Illinois at Urbana-Champaign.  That was how God brought me to the US – with an offer that my success-driven heart could not refuse.

In fact, during those years of high school, I practiced my faith – but only on Sundays.  God was on the margins of my life in the big decisions; our relationship was on a need-basis.  We had one when I needed it.  But this was no obstacle to Him anyway, for in His own mysterious way, He brought me from Singapore to the United States to a university that I had never heard of, that very year where the Apostles of the Interior Life opened their first house outside the borders of Italy.  Looking back now, it seems like a divine conspiracy.

At college, I continued to go to Sunday Mass, sit at the back pew and leave as soon as Mass was over.  Youth groups, prayer meetings and retreat weekends were all a foreign concept to me.  My roommate in college was a young Buddhist woman who had a dying mother.  One day, upon returning home, I found her on the telephone with her mom: “Mom, you have suffered enough, please go in peace.  We will take care of dad and each other.”  She pleaded with her mom to console her.  I stepped out of the room to give her privacy but when I returned I found her sobbing for her mom had taken her words seriously and passed away.  After my friend returned from Singapore after the funeral, she fell into a depression. Another winter day, I came home to the sight of her with wrists bound with bandages – she had tried to take her life but the resident advisor found her before I did.  She lashed out at me with her anger – “Debbie, you who believe in God, why would he do this to me?  To my mom?  How can you believe in a God that is good?!”  I had no answers.

We went that day to the Church in search of answers.  While we were there, she prayed a very simple prayer that I remember to this day: “God I don’t know who you are or even if you exist, but if you do, please send me someone to talk to me about you.”  Nothing happened that day, but she found so much solace in that sacred place that she returned there alone the following day.  As she was coming out of the Church, Tiziana stopped her and asked: “What are you doing here?  Are you a Catholic?”  Her prayer of the day before was answered.  Tiziana invited my friend to a prayer meeting that Thursday and she longed to go and sought me to go with her.  I went to my very first prayer meeting that Thursday.  There I met Tiziana and began to meet her once every two weeks.

She taught me wondrous things about our faith.  I was insatiable – I devoured everything intellectually, but at the very same time, I grew deeper in my converse with the Lord, discovering in Him for the first time a person with whom one could have a relationship.  I began praying every day, going to Mass every day.  Once I even consented to going on a retreat!  Slowly, he was taking away my heart of stone and giving me a heart of flesh (ref Ez 36:26).

God played more jokes on me as time went on.  The second year of college, I found myself in an apartment with 3 other young women – a Protestant, a Hindu, an atheist, and me, a Catholic.  This time, the instrument of God’s choice was Adeline, who was very passionate about her Protestant faith.  We grew close as friends, praying together each night and we decided to start a Bible study for Protestants and Catholics – after all, there was more that unites us than divides us in our faith.  It was on an occasion of Bible study, that I met Jeffrey for the first time. He caught my attention immediately.  He was well built, three years older than me, had a beautiful voice and was getting his degree in Chemical Engineering.  We started dating that summer.  After summer, when we came back one of the conditions that I placed on the relationship was that he too had to go to Spiritual Direction, so much did this change my life.

As time went on, our relationship became more serious and we discerned the possibility of marriage.  We began an eight-week course on the theology of marriage that would have fulfilled the marriage preparation requirement. At around week four, I began to sense a certain restlessness in my soul.  I was unsettled and did not know why.  I thought to myself: “Debbie, don’t be ridiculous.  You have everything.  You have a family that loves you, a boyfriend that is wonderful, friends, money, an education, a career waiting for you…what more do you want?”  What more did I want?  It seemed that I had everything, but as I look back now, God had to give me everything to show me that everything is not enough without Him in the very center.

It was Thanksgiving night 2002, when I told Jeffrey about all that was going on within me.  I did not have the certainty that God was calling me, but I definitely had some intuition that He wanted more of me than I was offering Him at that moment.  Jeffrey’s first words after I told him everything were: “Debbie I thank you, because of you and our love, I am the person I am today.  Do you remember what happened when St. Joseph found out that Mary was with child?  He wanted to leave her quietly.  This was not because he was angry with her.  No, he realized that something was going on with Mary that was greater than him.  And so who was he to stand in the way of God?”  As I came to the realization of how wise and holy Jeffrey was, he continued: “This is how I feel now, that God has a project for you that is bigger than me.  So who am I to stand in the way of God?”  Leaving Jeffrey was undoubtedly one of the most difficult things that I have had to do in my life.

That January, I went on two Parish Missions with the Apostles – one in Napa, California and the other in Susanville, Nevada.  At Susanville, I met a little seven-year old girl whose words gave me the courage that I needed to take the next step.  As I spoke to her, she told me about how when she grew up, she wanted to be like me, a missionary – she wanted to love God, serve Him and that was the goal of her life.  Those words, uttered with such simplicity and wisdom, made everything resound with such clarity.  And said by someone who had only seven years of experience on this earth.

Saying “yes” to the Lord was inevitable; He had been too good to me. 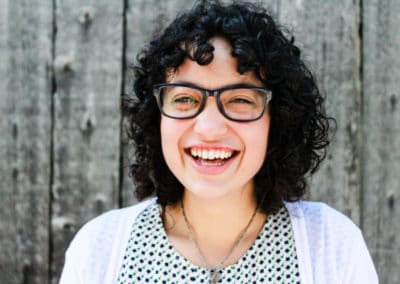 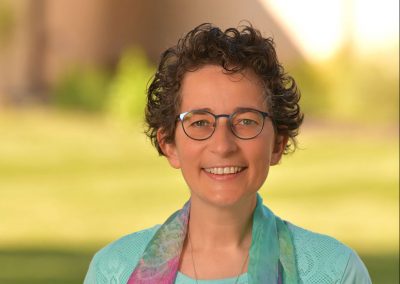