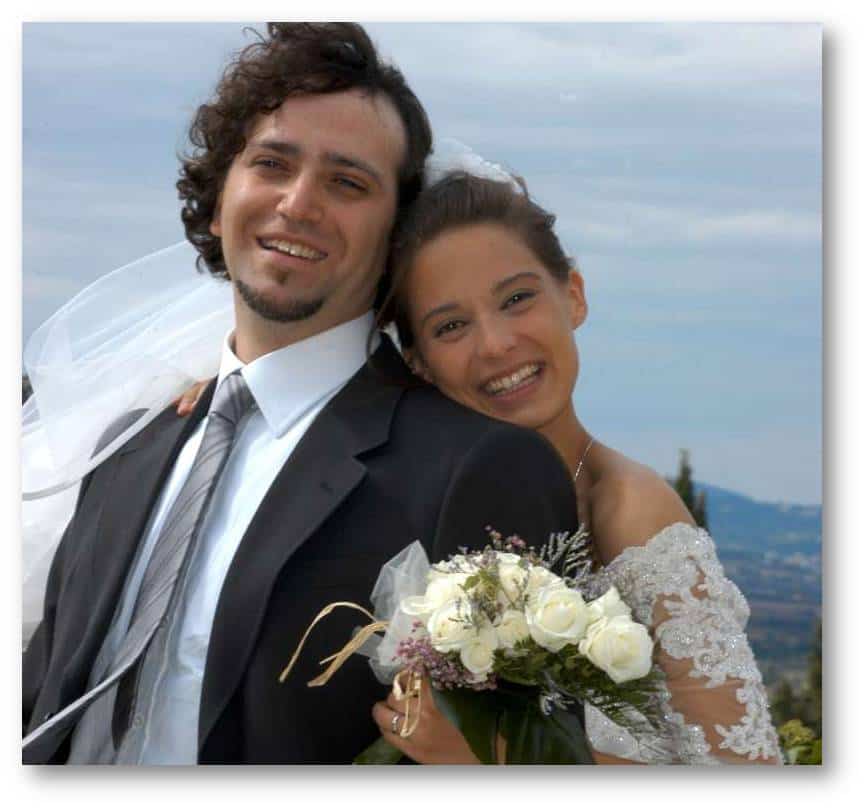 Enrico and Chiara were married in 2008 in Italy. They conceived their first child and found out the baby would die shortly after birth. 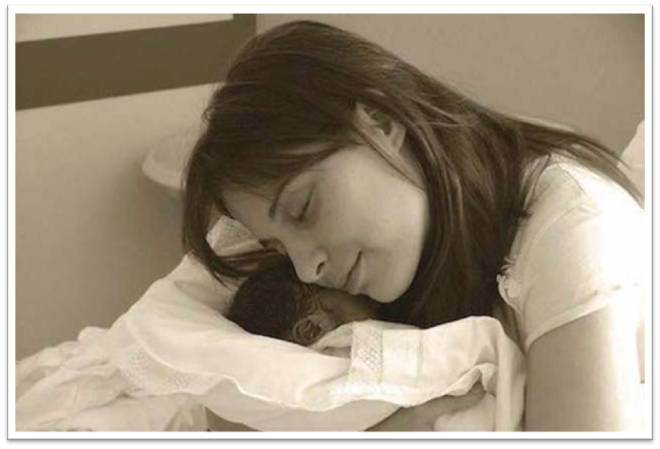 The Birth of Maria Grazia

Chiara and Enrico said “yes” to life as they continued to carry their daughter, Maria Grazia, until her birth and then entrusted her to the Father. They said “yes” again when they found out their second child also would die after birth due to a different malformation. These experiences brought them closer to God and gave them a taste of the joy of eternal life. 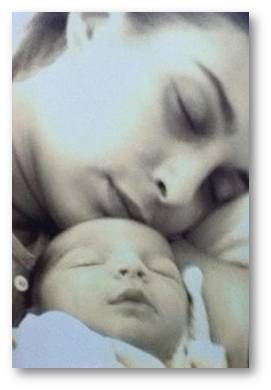 Then, they got pregnant with their third child, Francesco. He was healthy, but during the pregnancy, Chiara found out she had tongue cancer. She delayed treatment because it could have put Francesco’s life in danger. 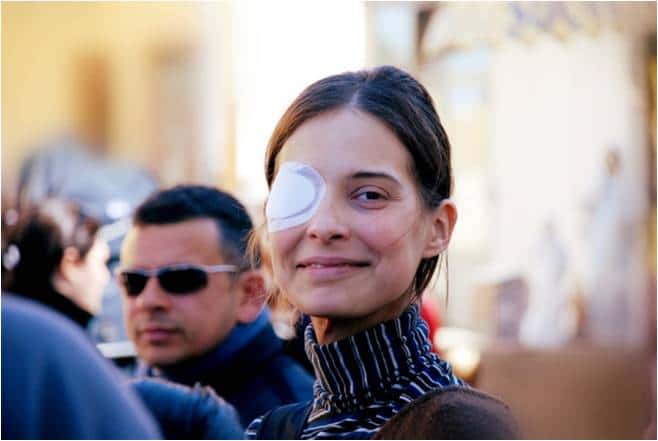 Less than a year after the birth of Francesco, the treatments were unable to heal Chiara and she passed from this life to the next on June 13, 2012. 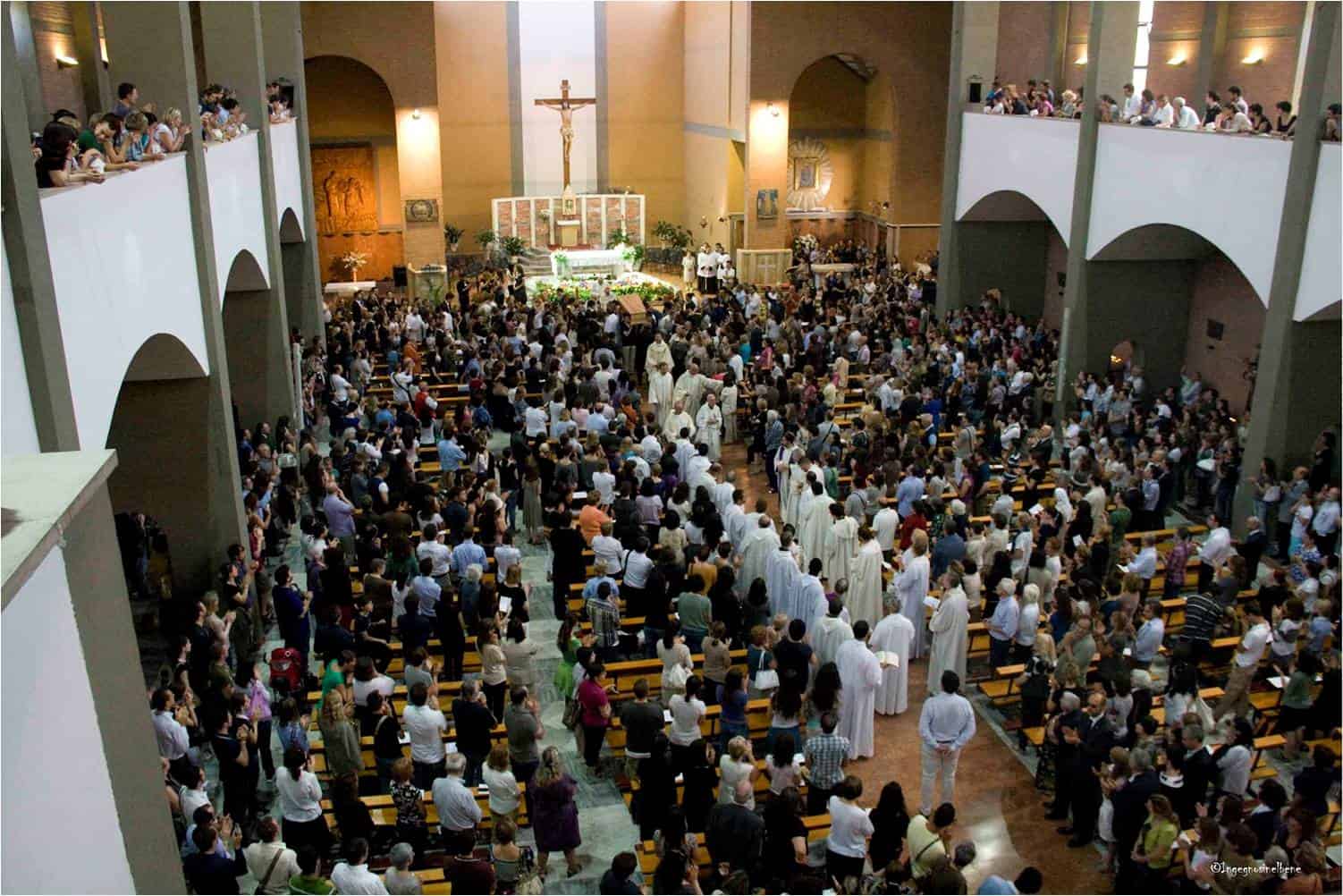 2,000 people gathered to celebrate her life and her birth into heaven. 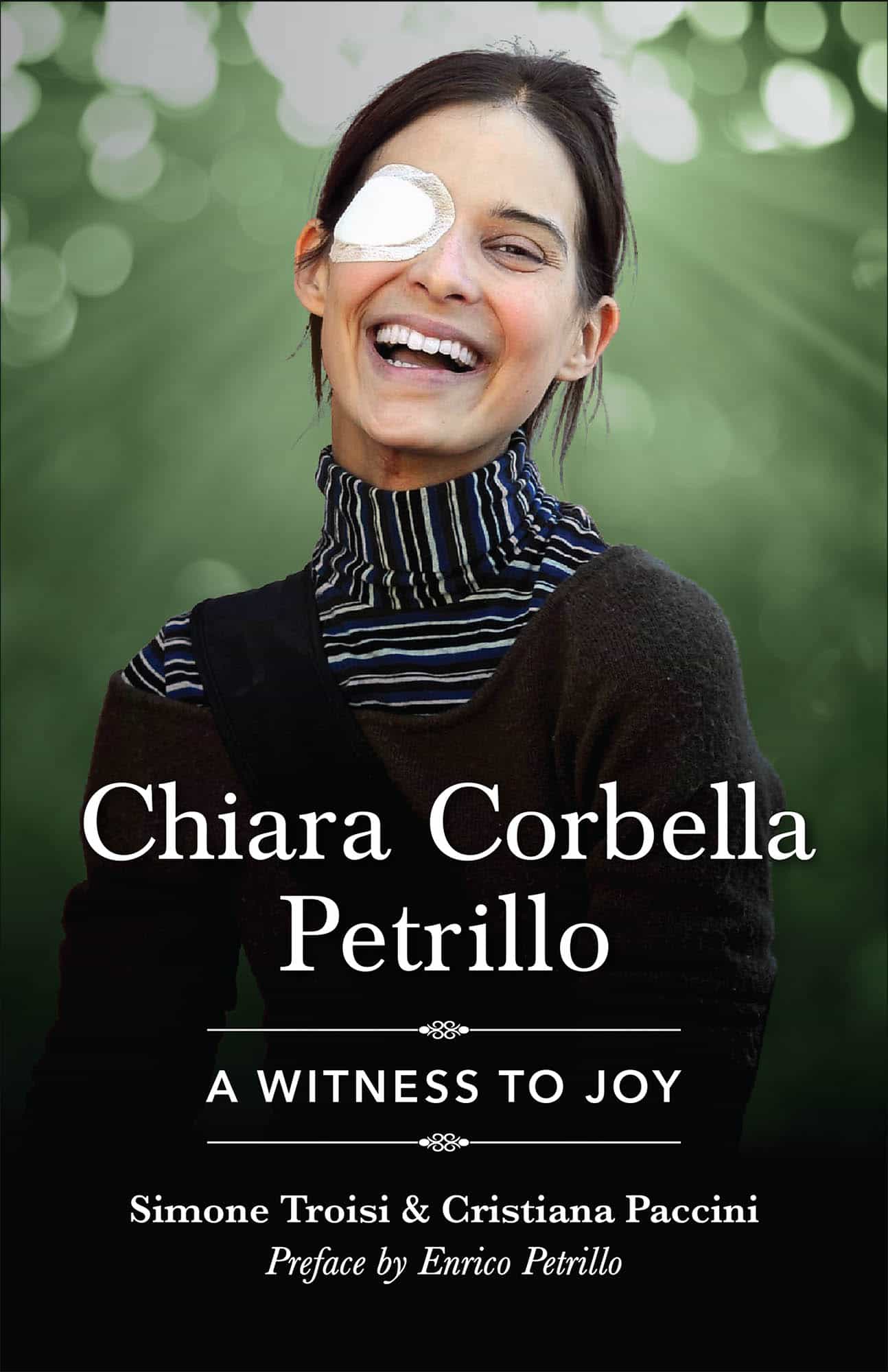 The biography of Chiara’s life, Chiara Corbella Petrillo: A Witness to Joy, which reveals how the Lord worked in her heart, has been translated into 10 languages. 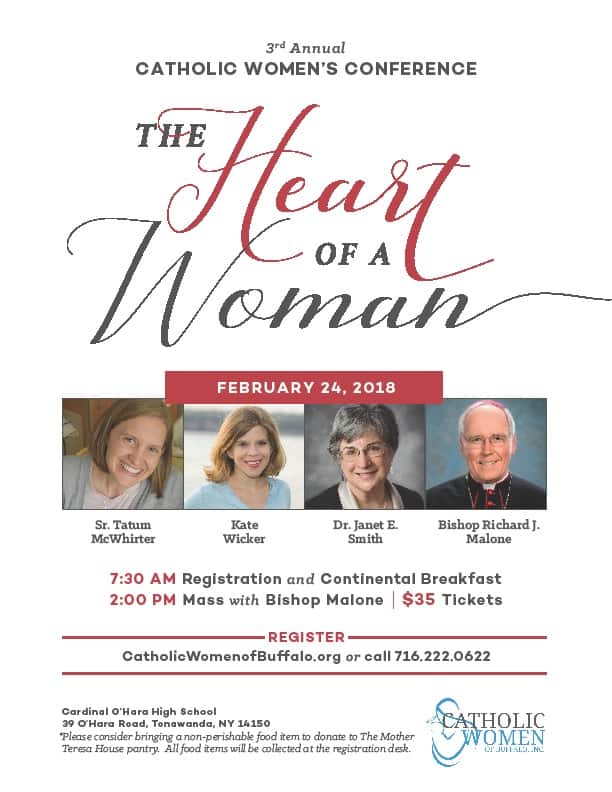 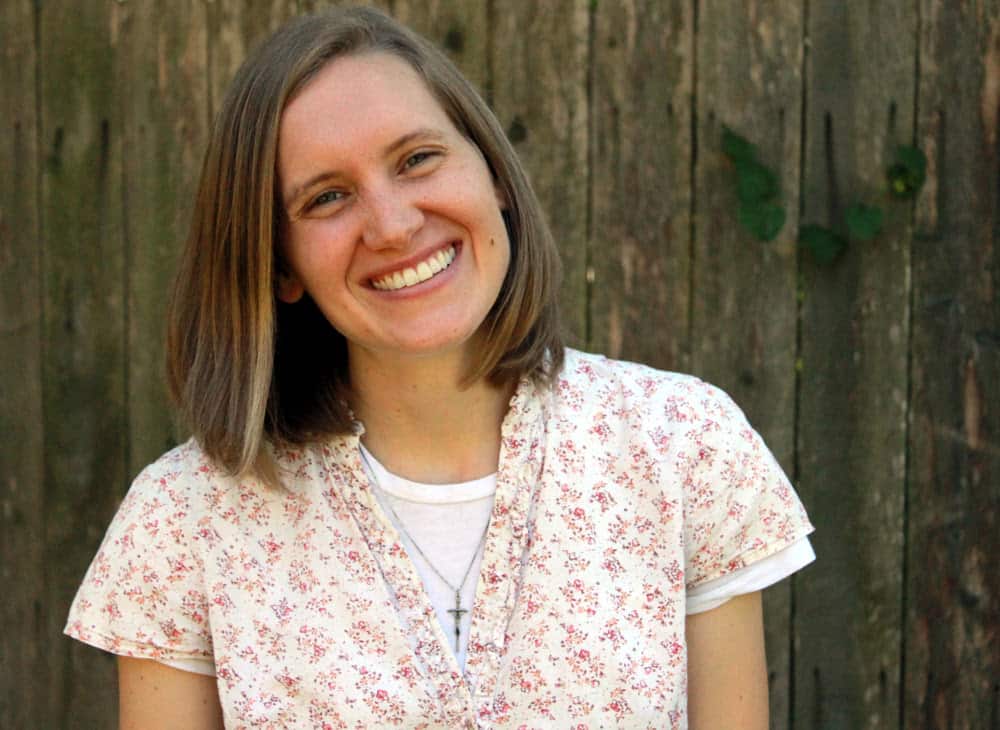 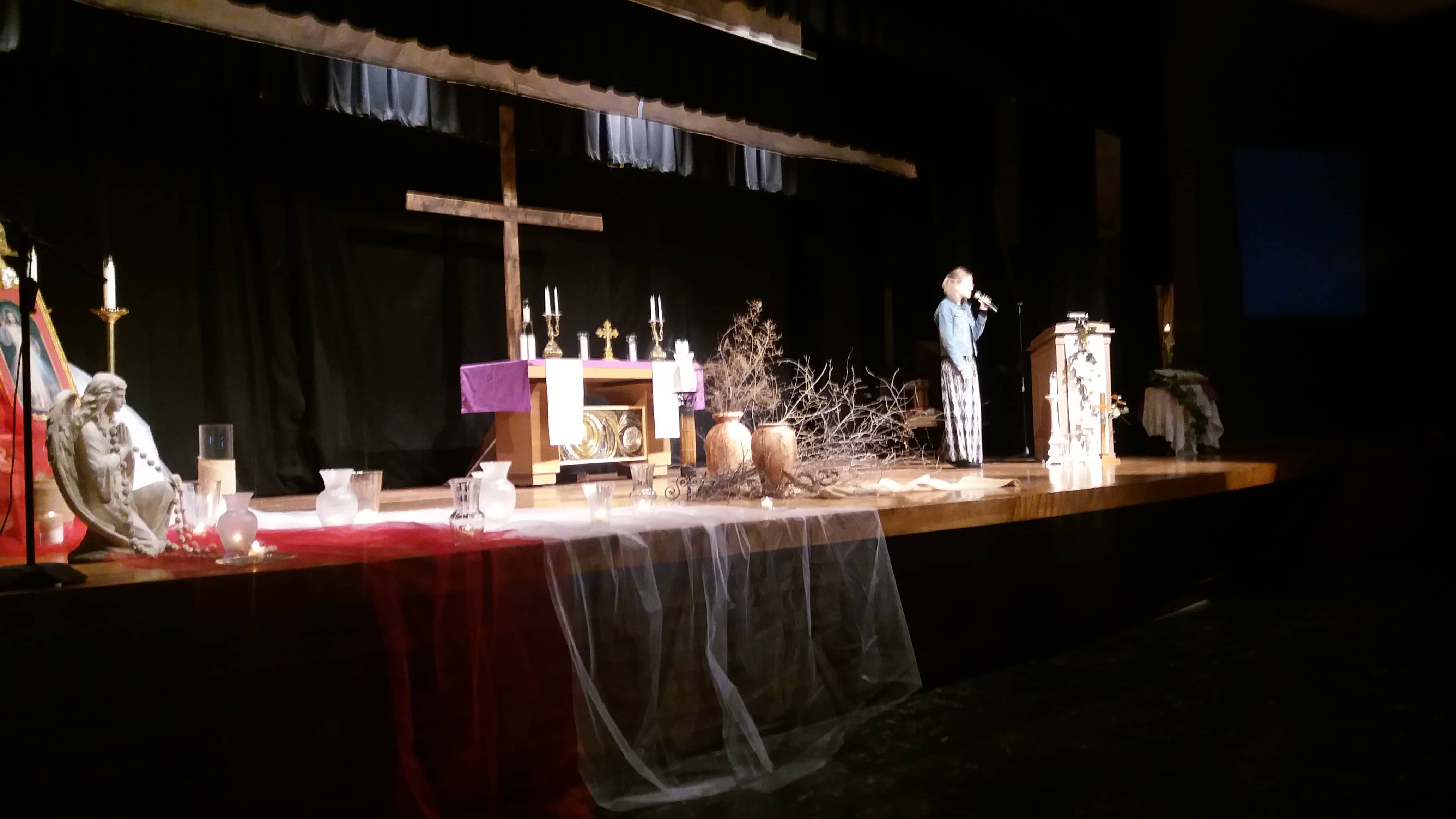 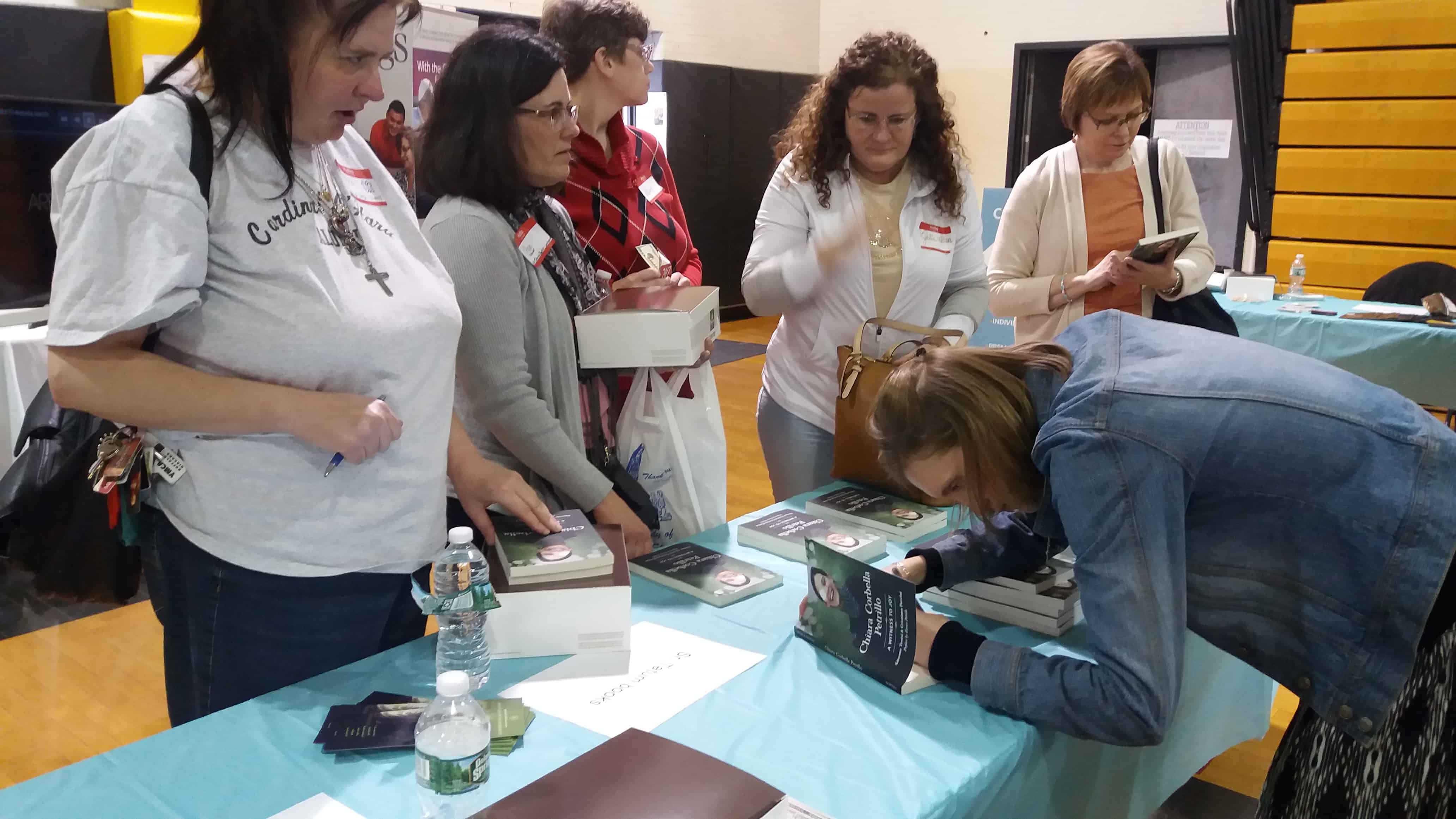 The Church uses the word “Communion of the Saints” to describe the unity that exists among those on earth, in purgatory and in heaven. This was not something Sr. Tatum thought of on a daily basis until June of 2012 when she and her Sisters in Rome were blessed to attend the funeral of Chiara Corbella Petrillo, a young Italian wife and mother whose cause of canonization opened in 2017. They did not know Chiara personally, but the spiritual reality behind the communion of the saints allowed them to encounter her. Her story and friendship would leave a mark on their hearts, particularly that of Sr. Tatum, who felt called to share her story with people in America.

Sr. Tatum started by making a simple PowerPoint slideshow and moved on to several other projects throughout the years. After the biography of Chiara’s life was translated into English, she did a series of radio interviews to help promote the book. Once the interviews were finished, she focused her time and energy on other apostolic endeavors with her Sisters in Texas.

But Chiara’s story never left her heart. One day, looking at a picture of Chiara, Sr. Tatum had a thought “You know, Chiara, I would love to share your story again with anyone, even just one person.’” Two days later the coordinator for the Catholic Women’s Conference in Buffalo, New York emailed Sr. Tatum asking if she could come to share Chiara’s story at their next conference. “I almost fell off my chair when I saw the email,” laughs Sr. Tatum. “It was incredible to see how God, through the communion of the saints, responded so quickly to my desire. It was a great opportunity to share her story with many people, but I prepared to go to Buffalo convinced that there was simply one person who needed to hear her story.”

Sr. Tatum, accompanied by Sr. Kalin, headed to the conference this past February. There were around 500 women in attendance and the theme of the day was “Heart of a Woman”. Sr. Tatum shared Chiara’s story over the arch of an hour.  At various points she was moved to tears. “Sr. Tatum was not alone in her tears. I could hear many of the women around me crying along with her,” confirmed Sr. Kalin.

Chiara’s story evidently touched the hearts of the women there, many coming to Sr. Tatum herself to express their excitement to read the book. One of these women wrote Sr. Tatum an email describing how the Holy Spirit spoke through the story to her.

Rachel (name changed to protect the individual’s privacy), a mother of two children, had found herself struggling with resentment towards motherhood and remaining emotionally present to her children “Today,” shared Rachel, “you have given me a face to look at when I need hope and inspiration for the journey. I was so inspired by Chiara’s ‘yes’ to God and I can tell you are too. I believe God was speaking to me through you and that He desires to heal me.”

Encouragement blossomed in Sr. Tatum’s heart to see God working through her life since it seemed she had encountered the one person who had needed to hear Chiara’s story, all the way in Buffalo, New York. This was later confirmed when, two weeks later, Rachel sent her another email sharing how the day she finished Chiara’s biography was the day she was admitted to the hospital for an emergency surgery due to an ectopic pregnancy and thus lost her child.[1] Rachel was now even more united to Chiara as they both were asked to entrust their babies to Jesus. The powerful words from the book that stood out to Rachel were,

“Whoever thinks from a distance about his situation lives it with suffering; whoever is close to it lives it with consolation, the fruit of a true wisdom….What Chiara did we are all called to do. We also must confront death and its hope and, in the face of fear, choose to say yes to the Father.”

There is a bond that connects the Body of Christ in ways that are only possible through grace and an openness to receive grace. Chiara would often say, “Lord, give me the grace to welcome grace.” Sr. Tatum asked for the grace to share the graces she had received and her prayer was granted. Rachel, too, received grace in her encounter with the communion of the Saints through her new friendship with Chiara, just as Sr. Tatum did several years ago at her funeral. Grace is waiting to enter in order to transform and heal and can do that through the intercession and friendship of others who have gone before us, but are not far from us. Chiara, like all friends in heaven, continues to make an impact as she inspires others to give their “yes” to the Father.