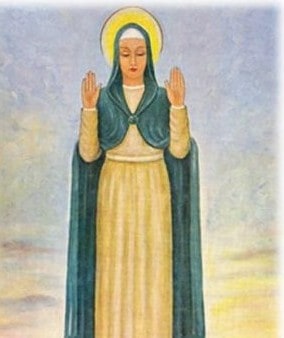 In the year 1967, while he was organizing the attic, a Cistercian monk of Frattocchie in Rome found a slab of bronze with the engraving that read “L’Alma Aequilibri Mater”, Our Lady of Equilibrium. There engraved was Our Lady who was standing perfectly balanced with her hands held open. The following year, a painting of the same image was given to the Pope. When Paul VI saw it, he was very consoled and exclaimed: “Ah, this is exactly what is needed!” Perhaps we did not even know of  the existence of an “Our Lady of Equilibrium”, and yet how many times have we invoked her, each time we realize that “that is exactly what is needed” for our life or for the world and the situations that are around us.

But, in the Christian sense of the word, what is the more profound meaning of this equilibrium? We are most certainly not talking about being immobile (like those “living statues” that attract tourists that we see in the squares of Italian cities). This may translate into a certain interior rigidness within us that leave us in situations that are not good for us, simply because we fear change or failure. An example could be an unhealthy relationship that does not construct a Christian project for life, but instead has become a reassuring and comfortable nest. Or perhaps it could be the fear of commitment that leaves us stagnant always postponing matrimony and prevents us from taking the next step in a relationship. Every choice brings with it a risk, but in wanting to evade the risk of living, one arrives directly at death. If nothing else, we arrive at the death of our projects and desires. And on this road, our relationship with God which is nourished by our willingness to risk and be vulnerable dies too. It is the risk that comes with following our most profound ideals, that comes with questioning what our vocation is, that comes with asking ourselves if God is calling us to bring forth another child into this world… A contemporary author is provocative in asking very directly: “Is there a man so cowardly that he prefers to not fall even once rather than vacillate forever?” (C. McCarthy). Thus, it is better to risk losing equilibrium in the adventure of an entire life in order to find it.

This is because the Christian can never settle down. His equilibrium is not one of he who sits comfortably in the middle, without ever making himself too vulnerable, never being too vocal, for fear of offending others. Sometimes, we prefer a “quiet life” and we let injustices, unfair prejudices, or gossip pass by us without ever taking a stand. The Christian is not neutral, and he who seeks peace in this way is not seeking after Christ who came rather “to bring war” (cfr Lk 12:49). Simon Weil writes that “the duty of the spiritual man is to re-establish equilibrium, bringing to his side those who are lost and are oppressed”, and that this means being ready to move with those in our world who are continually moving justice.

Therefore, the virtue of equilibrium is not as how the wisdom of the world would care to define it – oftentimes using a criterion of personal convenience. For the Christian, “being wise is more dangerous than being crazy. Wisdom is the equilibrium of a man behind horses running towards a precipice” (G. K. Chesterton). This is because the Christian wisdom is living and thinking based on Christ and His living presence in history. He is God who comes, who lives in our midst, who has thoughts of peace, who intervenes and opens roads in our deserts, and who sows seeds of newness in our days that are ever the same. If we live and think based on Him and in reference to Him, we have a new center, a new center of gravity for our existence. In Mary, from the moment of the Annunciation, all this occurred in a unique and exemplary way. Mary is the woman of equilibrium because she allowed God to bring her right to the edge of the greatest precipice. “You will be the Mother of God”: abyss of mystery, profound paradox, where the mind of man can only stop, full of fright. It is an annunciation that makes one giddy. Mary’s life was so suspended between the human and the divine that it was an entire life of giddiness – the ineffable greatness and the concreteness of the body of a baby. And yet Mary did not fall over because she accepted the risk of being led by God, brought by His own Son Himself.

A woman with child relearns equilibrium because, although imperceptibly, the center of gravity of her body changes thanks to the baby she carries within her. The saints, those who carried Christ in their person, in their hearts, in their minds, in their bodies – and found themselves carried by Him – were men and women who renounced their own equilibrium and offered it to Christ. They gave up all those things that are so difficult for us to abandon: worries, calculations, fears, and personal stakes. Christ knocks us off our feet. He “unbalances” us in order to give us a new equilibrium. It is precisely the equilibrium of a man “behind horses running toward a precipice”, a man constantly open to new horizons, willing to say his fiat, made for generosity. “The love of Christ pushes us onward” (2 Cor 5:14) – here are new horizons, those same risky equilibriums that Mary, Saint Paul and the great army of saints all lived.

We too can humbly learn at their school, accepting the opportunity to train, like a tight rope walker on a rope. For example, we could denounce all that is in us that is immobile, motivated by fear, conditioned by the pervading mentality of society; all that does not make space for courage, for generosity. In fact it is generosity that balances our life in all its dimensions because being generous means being driven by the love of Christ who has made himself our pillar of strength. An example is the generosity of the young husband of Milan, who asked his wife, already mother of their two children, to welcome another child into their home by adoption. In response to the fear of his wife, who laid out to him all the potential difficulties of such a project and saying “What if I die shortly after?” he replied “Anna, but I don’t live for you”. This is the courage of a man who fears nothing because he lives in equilibrium on the great, powerful tightrope of the faithfulness of God.

This month’s resolution:
I want to put an aspect of my life in balance- that area of my life where I feel most stranded or discouraged, daring to pronounce my “fiat” and to welcome in prayer the inspirations and the strength that the Lord wants to give me. 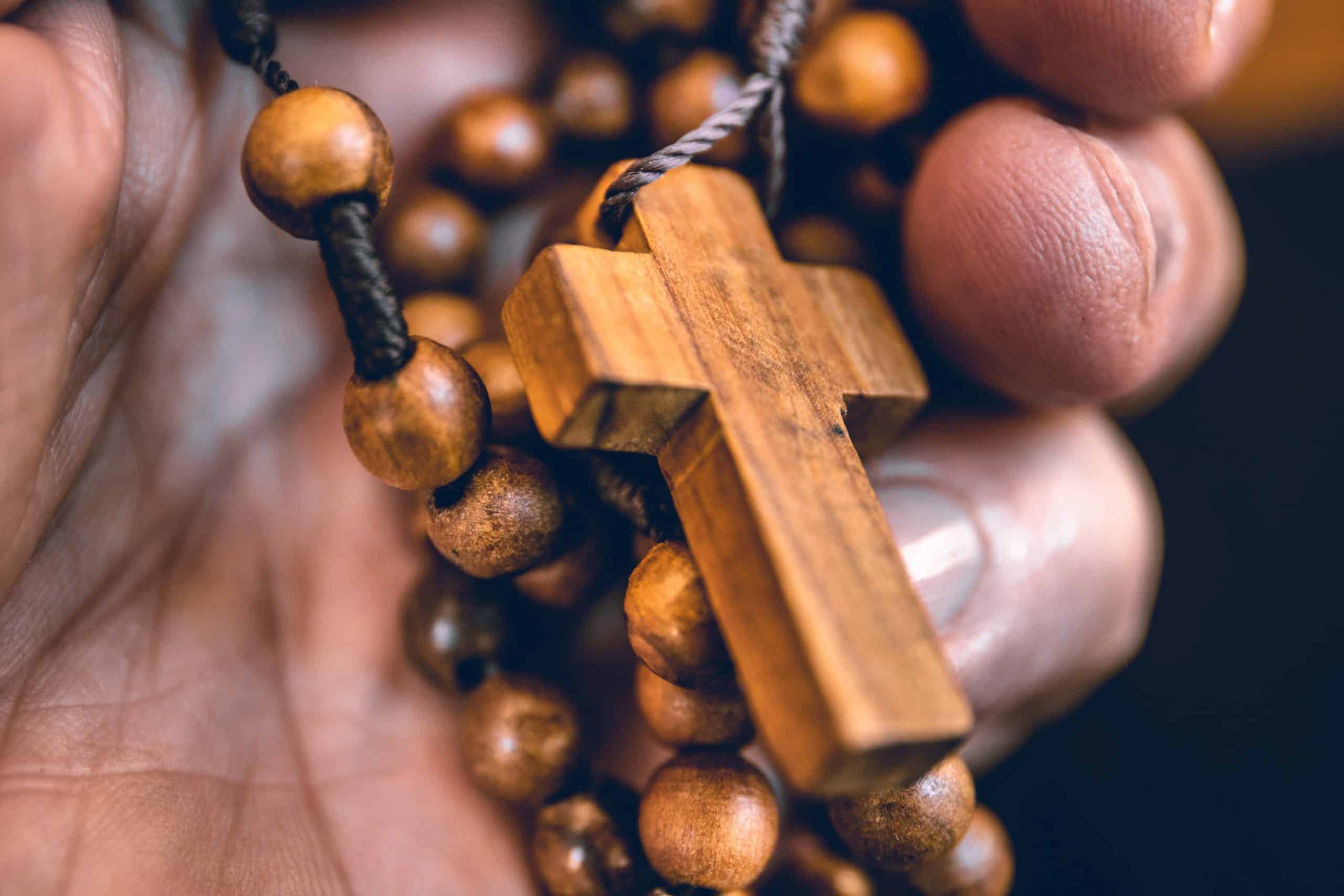 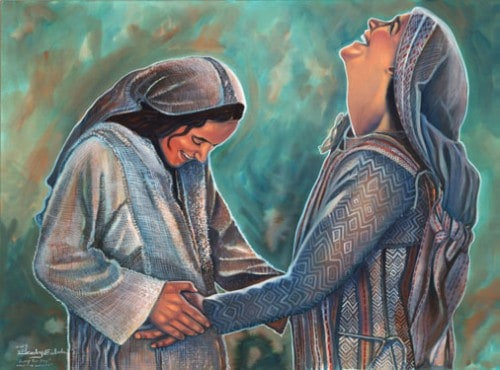 “As a woman, as a baptized person, as a consecrated person, and as an apostle, the Apostle of the Interior Life in...