Friendship | Relationship with the Father 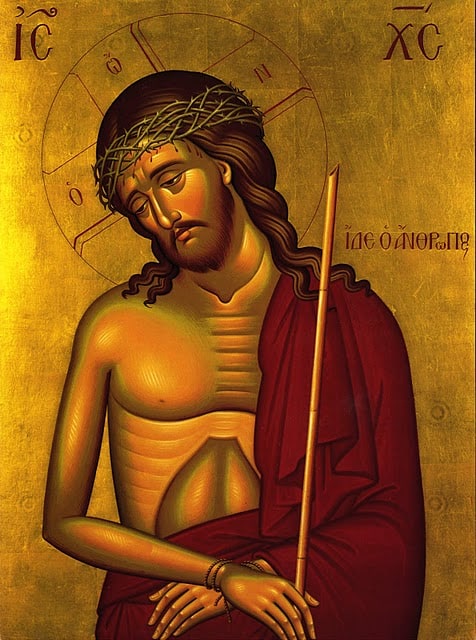 The Mystery of the Servant
Is 42: 1-9; 49: 1-7; 50: 4-11; 52: 13 – 53: 1-12
I have to admit that the figure of the Suffering Servant didn’t attract me very much until recently. I don’t know why, but I had the unpleasant sensation that he was a sad figure. Perhaps because we read about him during Holy Week in an atmosphere in which the contemplation of God’s great love for man is mixed with the bitterness of the way in which man refused the good news and put Jesus to death. Humanly speaking, the mission of God’s Son appears a complete failure just like that of the Servant: Men despise him, mistreat him, set up a trap for him and in the end kill him. It sure isn’t like Jonah whose preaching converts the Ninevites! The Servant fails miserably. Or at least it seems so to me. Then a few months ago, I heard a priest say that the Songs of the Servant, or the passages in the Bible that speak about him were the catechism that Jesus Christ followed in order to complete his mission. Since Jesus doesn’t seem like a failure to me, I said to myself: “There’s something I’m missing here. If Jesus chose the Servant as his model… this Servant must become my friend too!”

To know him better, I read the four Songs contained in the book of the prophet Isaiah, as if I were reading them for the first time. The more I read, the less I understood. How is it possible? Precisely regarding the guy that the Lord calls “my servant,” the servant par excellence, it doesn’t say that he was a fascinating, charismatic man, that he had a great faith, that he knew how to do miracles, that he had special gifts (like as a preacher). To be honest, the characteristic that makes this guy “the” Servant of the Lord is this: The Servant is someone who has no power. How strange! Reading, the “little ones” that I had met in my life came to my mind, and I couldn’t figure it out.

Why don’t you all try to read these pages of the Bible imaging in the place of the Servant that there is the old lady you see every morning in church praying the rosary, the sick boy who lives in the apartment next door, or the beggar you always see laying in front of the post office. Perhaps you too, like me, will ask yourselves: “ How is it possible that to this Servant was entrusted the mission to bring justice to the earth? If he’s got no voice in the capitol, if he counts for nothing in society, if he’s not all that gifted, how will he open the eyes of the blind, or release the prisons?” (cfr. Is 42:7). And yet the Lord speaks clearly: “I will make you a light for the nations so that you bring my salvation to the ends of the earth” (Is 49:6). What an incredible mission! I don’t know what you all think, but from that day on I decided that this Servant was someone who I needed to know better and I began to approach the “little ones.”

The more I get to know the Servant, the more we become friends and the more I feel grow in me the desire to live in the world that he does. It’s a world in which I don’t know how to get around very well because it follows a completely different logic from the one that I’m used to and changes all the normal rules of the game. Where the Servant lives, the littlest is the greatest, whoever has nothing has everything because the Lord himself takes care of him, whoever loses wins, and whoever dies rises and gives new life. It’s a world in which one can only enter unarmed and this makes me a little afraid. But if he was right? If things were really like this? If this was really “the” Servant of the Lord? The Songs of the Servant were Jesus’ catechism!!!

This Month’s Resolution
The good news I want to announce this month is: To the little ones God says: “Behold my servant whom I uphold, my chosen one of whom I am well pleased.