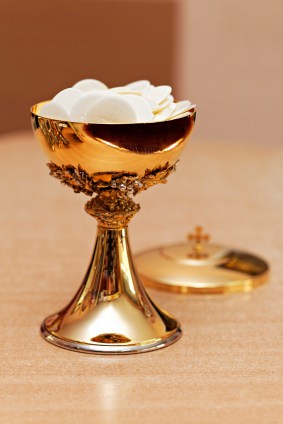 God’s Gift of the Eucharist

Often in life we have to separate from the people that we love. At these times we would like to be able to leave with them something important, something that will remind them of the mutual bond that we have with the person. It is in the moments of affectionately embracing our friend that words spring from the heart: “I hope that every time you think about me in the future you can imagine me as though I am still embracing you.” We feel the desire to leave something of ourselves, something alive and real, but at the same time we meet the bitter realization that when we are absent, our human limits don’t allow us to make ourselves present. I think that deep down, this is the reason why it is so hard to separate ourselves from those we love.

It is for this reason that one day, when thinking about Jesus’ life, I came to realize that He also must have experienced feelings similar to ours when the time came to separate from His friends. Actually, His feelings were as profound as the depth of the love that bound Him to the twelve that he chose as His intimate companions. It was for this reason that He prepared the Last Supper. And only He knew that it would be the last.

During that supper, that last moment of intense sharing with His disciples before they would be dispersed, He wanted to greet them in a special and unique way. A way that was the fruit of His loving imagination and His desire to remain forever with them, and with all those who would later believe in Him because of their words.
It was that moment that He took bread, broke it, and entrusted it into the unaware hands of His friends, telling them that it was His body. And it was in that moment, blessing a cup of wine, that He passed it to His disciples, consigning to them His own blood, His own life, given to the end. From that moment on, nothing and no one could have separated Him from His friends—not even death. The embrace of love that He left with them would be renewed each time that simple gesture would be repeated in His memory, because that bread and that wine were really to become His life constantly given to us. All that He had, and all that He was, He wanted His friends to possess and share. Not only did He remain always with them, but He entered into them, transforming them into Himself.

So immeasurable was His love for each one of them that Christ thought of a gift big enough to overcome human limits. And he wasn’t afraid to entrust it to the people that still didn’t realize its preciousness, and soon after would abandon Him to His destiny. The strength of that gift was able to overcome even the betrayal of the human heart, and became the space in which each disciple of the Lord, in every time and place, is able to encounter the Master, and establish with Him a communion of intense love.
The Eucharist is all of this and more. I don’t believe that a human being can ask more of his God, and I think that no human being could have ever conceived of such a gift from God. Before such a demonstration of friendship, we could feel overwhelmed, incapable of realizing and fully living something that supersedes our comprehension and capacity to receive, but the Lord isn’t frightened; He didn’t fear the incomprehension of His friends.

Jesus did not institute the sacrament of His real and everlasting presence among us because His friends were ready to live it out, but because He knew that through it His disciples could continue being disciples, and moreover, give their lives as He did. We do not deserve the Eucharist, as we did not deserve our parents’ love when we came to live, nor do we deserve the love of someone who falls in love with us. But this doesn’t mean that we can do without love—even less without God’s love— because in it, we grow and become authentic men and women.

But we can certainly do everything in our power so that our heart can be available to receive the friend that comes to visit us, to allow the Master of the house to enter that which He has chosen to establish as His dwelling place—no place other than our heart!

For this reason, the Mass is a party. Not because there might be attractive choreography, or because the celebrant knows how to speak and capture our attention. But because there, the greatest gesture of love of all time, the gift of God’s life to man, takes place. Also because there, the door to the most inaudible and unsuspectable hope is opened—a hope that this gesture of infinite, unique, and total love may be for each one of us. And by the fact that this same love reaches for each one of us, we find ourselves suddenly enveloped in one single embrace that makes us brothers.

This is the walk of love: the walk of the loving heart of God, that always and everywhere searches for man, to reach him with His embrace of love. But it is also the walk of man, who, like a true disciple, has learned from his Master to give his life as an embrace of love to his own brothers and companions on the pilgrimage. 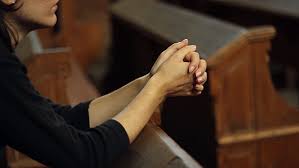 When I was a kid, my mom used to set up an empty cradle for Baby Jesus on our dining room table at the beginning of... 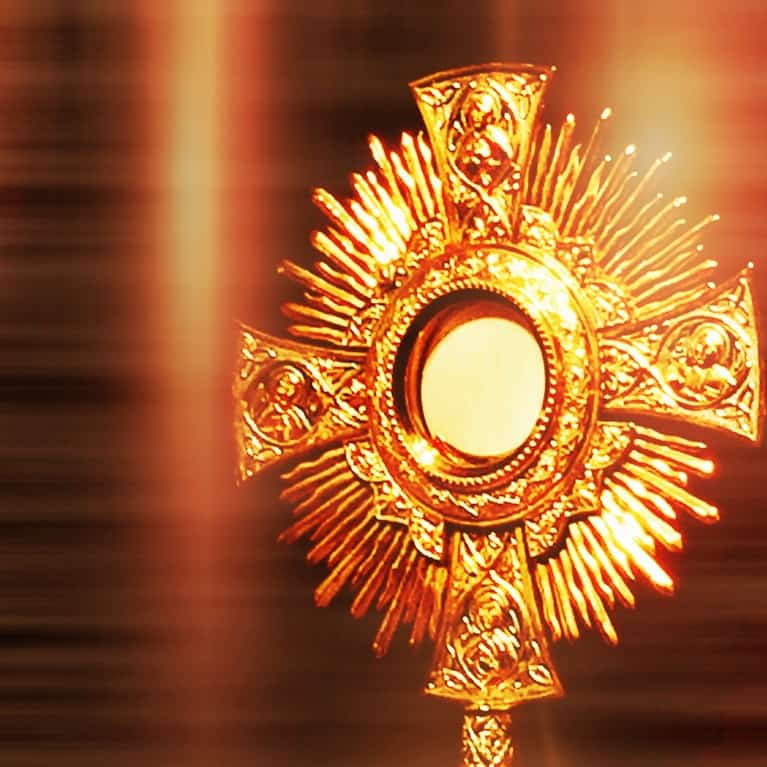 Do This in Memory of Me

“Do this in memory of me.” These are the words Jesus spoke to His apostles during the Last Supper. In the hours...