Relationship with the Father 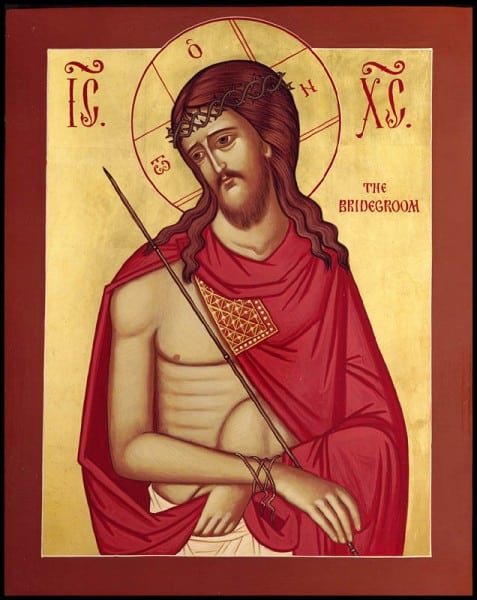 God is the Bridegroom

You shall be a glorious crown in the hand of the Lord, a royal diadem held by your God. You shall be called “My Delight,” and your land “Espoused.” As a young man marries a virgin, your Creator shall marry you; As a bridegroom rejoices in his bride so shall your God rejoice in you. (Isaiah 62, 3-5)

I’ve read these words from the book of Isaiah so many times without really understanding their meaning. I always thought that this passage was a type of allegory or a beautiful and poetic image used to describe God’s love for his people Israel. It is true that the Bible contains many passages where the image that best expresses God’s love for man is a spousal image; but we have the temptation to consider this image—that is, the love between a man and woman—as the concrete reality of God’s love because it is the example that best enters into our limited human vision.

In other words, the “your Creator shall marry you” of Isaiah is the most real reality of our own life, the reality to which each of us are mysteriously called by God. God is in love with me, with you, in a way that is not different from the sentiments that a young man experiences as he contemplates the beauty of his loved one. Even more, if a young man rejoices in the contemplation of his loved one’s beauty, it is because before him and infinitively more profoundly than him, that God who created his sentiments experiences Himself the same indescribable passion for His creature. His sentiment is so strong that each creature becomes the only one for whom God wants to give Himself completely.
The attraction that a man and woman in love feel vibrating reciprocally for one another in every fiber of their being is destined to bring them to union. This attraction starts out physically, and if it arrives to involve also the spiritual sphere the attraction assumes so much strength that with difficulty it can be resisted; it transforms the two in one, new reality.

In the same way God is so attracted to His creature that He searches to bring her to Himself by all means: He fills her with gifts and makes her experience His closeness. He looks to see if she realizes and appreciates His attention, and if so, crazy with joy, He continues to bind her even more deeply to Himself with the bonds of love. And, in attracting His creature, He binds Himself to her making His loved one perceive that He is a prisoner of love,desiring and begging even a small glance from His beloved creature.  When the creature intuits this incredible condescendence of her Creator, drawn by His infinite beauty, she desires nothing else than to be even more strongly united to Him. She does not care about anything else than to adhere completely to this love even if she will be asked to sacrifice
something of herself.

As a matter of fact, it is part of the logic of love to die to oneself for love of the beloved, but this death becomes paradoxally a joy and even desired for in view of union. St. Francis of Assisi continued to repeat this in his conversations with God: “Lord I pray that you steal my mind from all things with the burning and sweet strength of your love so that I may die for love of you just as you have died for love of me.” The wedding gift God the Bridegroom prepares for his beloved is He Himself who gives His life for her on the Cross. The Cross, which is a torture instrument, in the language of love, becomes the supreme revelation of the depth of the heart of God and of His gift.

It is there, under the Cross, that God awaits His creature in order to unite her to Himself and make her experience what “eye has not seen, and ear has not heard, and what has not entered the human heart, that is what God has prepared for those who love Him.” (cfr 1 Cor 2,9)

Resolution:
Let us pray for the people who still don’t know the love of God or who are unable to recognize it in their life, that the Lord grant them the grace to desire and seek this with faith and determination, As we pray for the beginning of this new pastoral year for our communities in Italy and the U.S. so that the Lord may help them to see the needs of the people he has entrusted to us and serve them with joy an dedication.