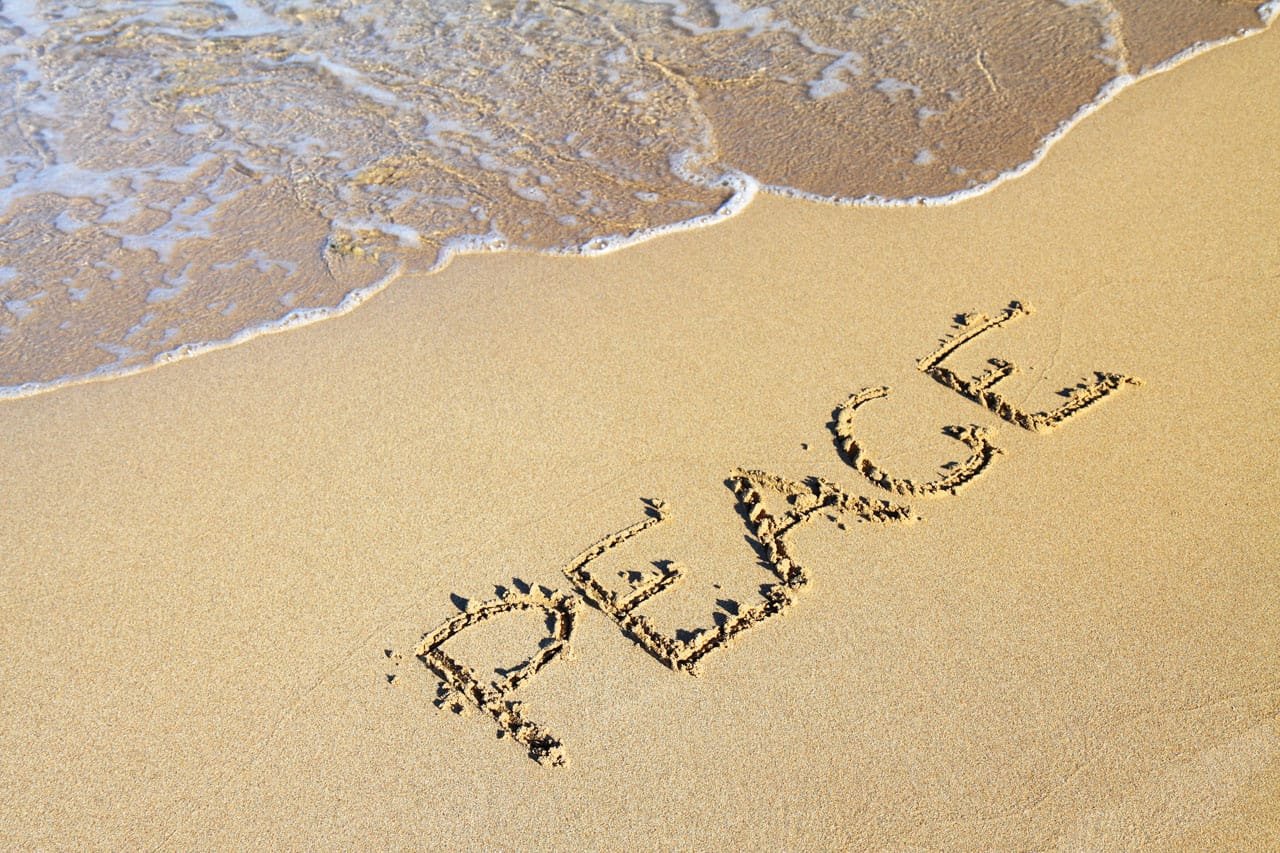 Blessed are the peacemakers

Matthew 5:9
The story is about a young man who had a special desire in his heart. He wanted to change the world and see peace among people and nations. Filled with good will, he set out, trying to convince groups and individuals about his idea. Despite having put forth much effort, his results were lacking. He then decided to move things down a notch: he would try to change people within his own city. Needless to say, this new goal proved impossible to reach. He then focused his attention on his neighborhood. Yet, despite the passion and the strength that he put into his project, he once again had to accept defeat. He eventually settled on a simple idea: changing people within his own family. He thought to himself, “If only I could change the way my relatives go through life, I would consider it a victory”.

Years went by, and the young man was now a grown man. His family still looked the same, regardless of the many conversations, multiple “fraternal corrections”, and the continuous attempts to be present and to micro-manage the situations of conflicts. Not everything was lost though. The Lord looked with kindness on this man’s effort and rewarded his good will with the gift of wisdom, rooted in humility. Faced with the failure of his attempts, the now old man decided to turn his gaze to his heart, and was surprised to find that this was truly the only field that he could cultivate. After all, he had no power over other people, but only on himself. As he approached the first steps in this new territory, he reflected on the many efforts of the past. He now understood that he couldn’t rely only on his will power or strength. Rather, he had to entrust his work to Someone more powerful. If he wanted to obtain peace, he had to approach the very source of peace: Jesus Christ, the Prince of Peace.

“For a child is born to us, a son is given to us; upon his shoulder dominion rests. They name him Wonder-Counselor, God-Hero, Father-Forever, Prince of Peace. His dominion is vast and forever peaceful, upon David’s throne, and over his kingdom, which he confirms and sustains by judgment and justice, both now and forever. The zeal of the LORD of hosts will do this!” (Isaiah 9:5-6)

The man thought to himself, “Is not my heart the first place where Christ wants to reign? I cannot open the door of other people’s heart. I can only open mine.” Through prayer and the sacraments, the man realized that the humble recognition of his limitations and the practice of virtue were to be his strongest weapons. Abandoning his efficacious plans, he entrusted himself completely to God’s guidance. As time went on, he even forgot the desire that had gotten him started in the first place, that of changing the world. He was so completely taken by the Prince of Peace that he was now ready to do anything for Him. He discovered the joy of living reconciled with God, with himself and with others. In this way, Peace took over his soul, and the more he kept his eyes fixed on Jesus, the more peace increased in his heart. All of a sudden, he came to realize that things around him had begun to change. His relatives, friends, and neighbors were now different in his eyes. He didn’t see them anymore as people that needed to be changed, but rather as brothers and sisters to be loved and accepted. His presence soon became a true blessing for many, since his heart had become compassionate. A peaceful heart is neither rigid nor cold, but full of love. A peaceful heart does not express rash judgments, but rather listens patiently and gracefully shows the path of truth and goodness to others, for the simple reason of desiring what is good for them. A peaceful heart is not easily deceived by appearance, but is able to look into the depth of reality. What might be perceived as evil intentions is often only the result of people’s wounds and sufferings.

With his new compassionate outlook, people began to change for the better, because they felt loved for who they were. His peace and serenity were now contagious, and quarrels and fights deflated more easily. The man who wanted to build peace by changing others had discovered that peace is a divine gift meant for us to first receive in our own heart, and then to let it expand from our heart outward to reach others. “Blessed are the peacemakers because they will be called children of God” (Mt 5:9) The peacemakers will be called children of God because the presence of the Son of God, Jesus Christ, becomes more and more evident in them. In our earthly pilgrimage peace is not conquered once and for all. Every day we are invited to make sure that unforeseen events, misunderstandings, sufferings and difficulties will not rob us of the precious treasure of peace.
The secret lies in our ability not to focus on ourselves, but to put always Christ at the center, always ready to open the door of our heart to Him, and by keeping our gaze fixed on Him. By remaining docile to His action in our life, we are giving Him what He deserves. From this flows our ability to give others what they deserve “This is my commandment, that you love one another as I have loved you” (John 15:12). There cannot be peace without justice; and the fruit of peace is salvation. “Conquer interior peace and a multitude of people will find salvation by your side” (St. Seraphim of Sarov)

Concrete Resolution:
This month I work on trusting in God’s Providence every time I will happen to face a difficult moment or an inconvenience by keeping an attitude of interior peace. I will try to foster peace around me by cultivating a positive mindset.

A God Who Pitches Tents

And the Word became flesh and made his dwelling among us, and we saw his glory, the glory as of the Father’s only Son,... 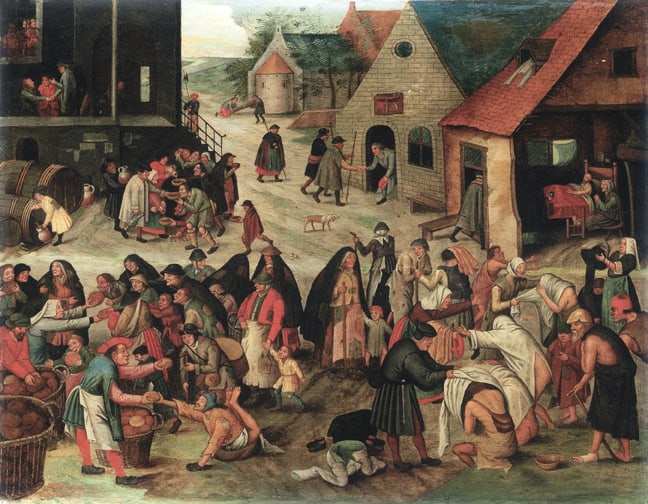 The Hunger and Thirst that Unite Us

Happy those concerned for the lowly and the poor (Psalm 41)   We live in a culture where if I feel hungry, I eat. If I...