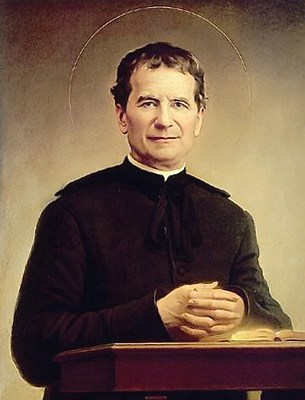 Blessed are the merciful

In the Beatitudes our Lord taught us, we see a sequence of fundamental means to happiness. Each of them has a reward attached that the Lord promises to those who seek to live them out. It is only in the beatitude “Blessed are the merciful, for they will be shown mercy” that we receive what we give. What is it about mercy that creates this reciprocal exchange?

A priest once shared with us that the more he grows in the spiritual life, the more he is convinced that mercy is the key to unlock Christianity. I personally have to confess that I never quite understood mercy. I remember being confronted with this realization as I struggled to plan a Bible Study on mercy while I was in college. ‘What is mercy?’ I wondered. It had become a word too general in my Christian vocabulary. Through God’s grace I later discovered that mercy is not first of all something to be understood; rather it is something to be lived.

Jesus’ merciful heart is the catalyst for this cycle of love: we are able to be merciful because we have been loved and have received mercy first. He came down to us in mercy and redeemed and saved us from sin and death. Yet this mystery of his great mercy is not to be understood in a general sense. He thought of each one of us in his hour of suffering. Mercy has a personal connotation, as it reaches out to some particular person. A perfect example of this truth is St. John Bosco, whose feast we celebrate this month.
John was born to a poor family in Italy and his first childhood memory is the death of his father. His widowed mother, Margaret, worked hard to feed the children and raise them in the ways of God. Despite barely making ends meet, she was an example of mercy as she never turned away a person in need that came to their door. A difficult situation arose in the house as John’s brother became very violent, uncompassionate and cynical towards his desire to spend more time studying rather than working all day. Responding with great love and mercy, Margaret sent John away to protect him from his brother’s harassment. While away his desire to study and to become a priest became very acute. However, the income of the family could have never afforded to realize his desire. God’s providence would have John meet a priest, Father Calosso, who took interest and invested in John’s vocation and formation, both spiritually and financially. Saint John Bosco’s story teaches us that a fundamental step to fully experiencing mercy is the awareness of our own poverty. Maybe we do not suffer the same kind of material poverty that John Bosco experienced. Still, we experience the fragility and weakness that are proper to our finite human condition. In this humbling state of spiritual poverty, we are more open to recognize our need for mercy and compassion.

When we are the recipients of mercy, a strong sense of gratitude develops in us because we feel loved and accepted, despite our poverty. We are thus inspired to reciprocate the very act of mercy that re-generated life in us. Hence, the cycle continues: when I receive mercy, I become merciful. myself. Our heart grows in its ability to recognize people who are in need of mercy. How? Through the identification with the poverty of another. Our heart more lovingly and more naturally reaches out to share with others the mercy that we ourselves have received.

Our saint, Don Bosco, had a heart for recognizing the poverty of the young boys on the street. As a result of the Industrial Revolution and of wars in Italy in the 1800s, many of the boys were orphans and worked hard all day for a meager wage that still made them resort to stealing food. Don Bosco knew that behind the “trouble-maker” there was always a young boy hungry for love and care- hungry ultimately for God. Don Bosco himself had experienced this hunger during his childhood, so now he could give back what he had received. He built an Oratory for the street children where they could live, pray, study, and grow into young men.

The beatitude Jesus gave that day on the mount is not “blessed are those who receive mercy, for they will be merciful.” He does not suggest that we first receive mercy, and then we can give it in return. Rather, He said “Blessed are those who are merciful, for they will receive mercy.” Here Jesus declares the beatitude in this paradox of Christianity, where “it is in giving that we receive”. The more we give the more we are fulfilled. Don Bosco’s greatness is not based on the fact that he received mercy at a young age. Rather, he grew to the heights of sanctity because he was merciful with the orphan boys and gave himself completely to them. Though he did not leave behind much in writing, his example and way of life is what continually affects the hearts of those who encounter him through the ministry of the Salesian Communities he has founded.

Concrete Resolution:
Pass on the mercy I gratuitously received to someone in my family who is in need.