of a new community of consecrated women

The community of the Apostles of the Interior Life took its form in the mind of a young Salvatore Scorza while he was still a seminarian in Rome. During his years of formation, he saw that the lack of religious practice, so common in our day and age, was, above all, a result of ignorance. In response to this, Fr. Salvatore envisioned a community of young consecrated people with a solid philosophical and theological preparation, that could seek out their brothers and sisters where they were and guide them to meet God through spiritual accompaniment. This, in short, was his dream. It was only after many years of waiting and careful searching, being attentive to the signs of providence, that his dream was to take form during a trip to the United States. It was near the end of the 1970’s that Fr. Salvatore asked permission to do a pastoral experience in America. He was thus sent to a parish in the diocese of Santa Rosa, California, to assist with a young adult group for two years.

The young adult group was made up of close to one hundred college students, most of which are lacking any sort of Christian formation. As a method of approach, Fr. Salvatore decided to choose a few students to invest in: those who were more open and available. To them he would offer more intensive formation, giving them the tools to grow spiritually and in turn to help their friends who were further away. It is during this period that Fr. Salvatore met a young Susan Pieper, who decided to begin spiritual direction with him out of curiosity. “I walked into that first meeting as one person, and came out entirely another,” recounts Susan. For the first time in her life she discovered that the purpose of her life was to become holy, and that this beautiful goal could be accomplished with the grace offered by God. 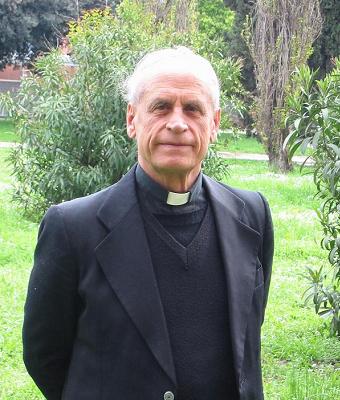 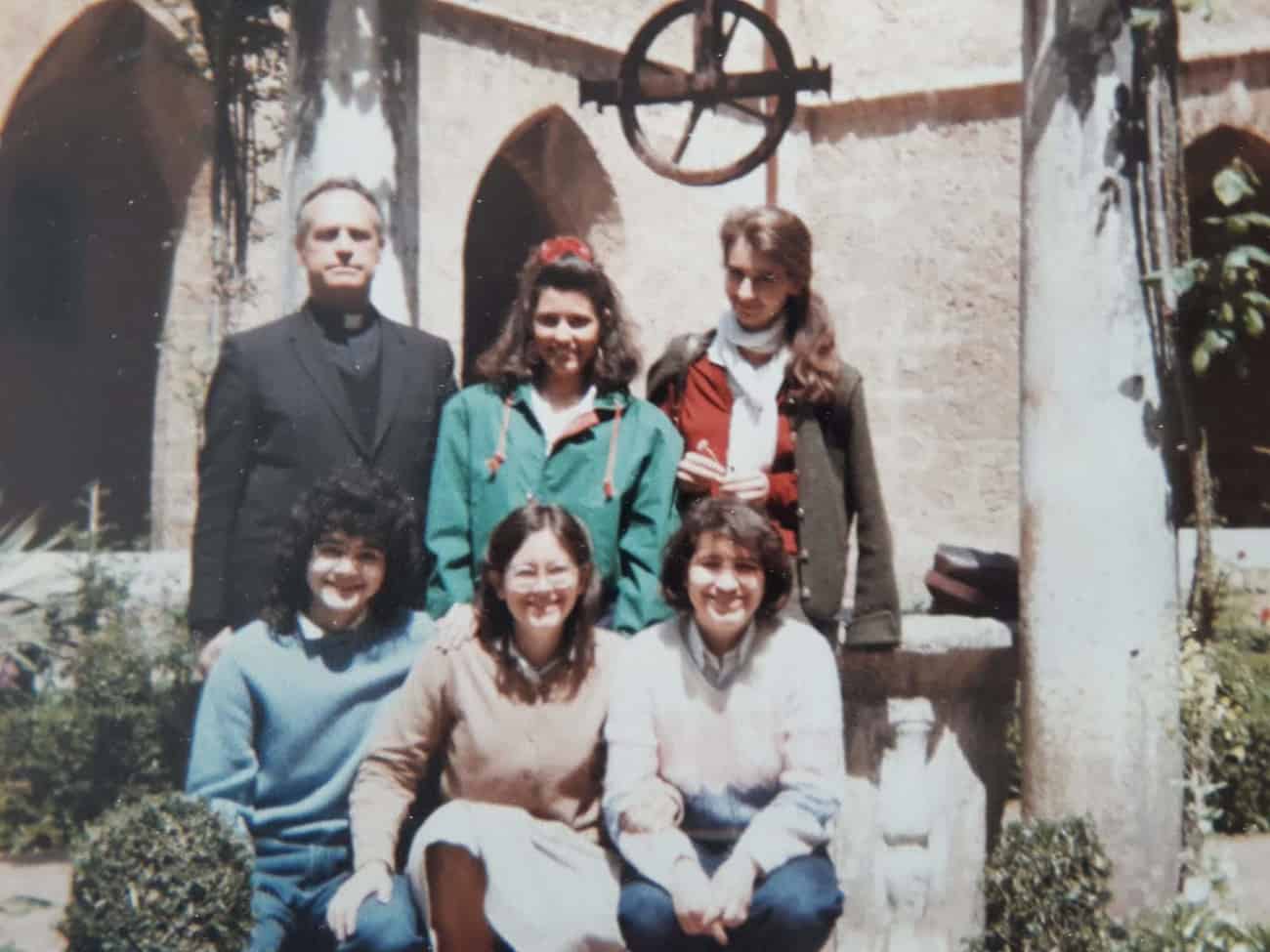 As she continued spiritual direction with Fr. Salvatore, the vocational question emerged. Is God calling me to consecrate my life? Convicted that she was, she and Fr. Salvatore began to discuss the dream that the Italian priest had cultivated in his heart for all these years. However, Fr. Salvatore’s time in the US was coming quickly to a close. Susan realized that following this dream would mean leaving everything: family, friends, nation, language, and financial security, in order to follow this priest and found a community that didn’t exist. After praying much about it, Susan decided to accept, despite the understandable negative reaction of her family.

In the spring of 1980 Susan moved to Rome to begin this new adventure. The evening before her arrival, Fr. Salvatore manages to find her accommodation with an elderly woman in need of company. For two years Susan adapts to this kind of lifestyle, changing family according to necessity. In the meantime she enrolls in the department of Philosophy at the Pontifical University of St. Thomas Aquinas (Angelicum), where she would receive a bachelors and masters’ degree in Moral Theology. A few months after her arrival she meets Tiziana, a seventeen-year-old girl who had just happened to stop in her parish one day. A friendship was immediately born. After her high school graduation, Tiziana decided to join Susan. She enrolled in Philosophy and Theology with a heart full of desire to serve the Lord in this mission.

Slowly a group of friends formed around these two courageous girls. In 1984, Tiziana joined. In 1989, Simona P. and Loredana, the youngest sister of Tiziana, joined, officially forming the foundation of the community on April 12, 1990 (Holy Thursday) at the Church of San Silvestro at the Catacombs of Priscilla. Already busy evangelizing among the streets of Rome, the nascent community also began other forms of apostolate, such as parish missions. In Rome a small group of married couples was born, who periodically met together to reflect on the word of God. The first benefactors also arrived; the community, in fact, desired to live solely on divine providence in order to dedicate themselves freely and completely to this work of evangelization. Fr. Salvatore acquired for them their first “convent”: an apartment that he bought for them with his own savings. Eventually, this one was sold to acquire another apartment in the Olympic Village, the quarter of Rome in which the community still resides today. 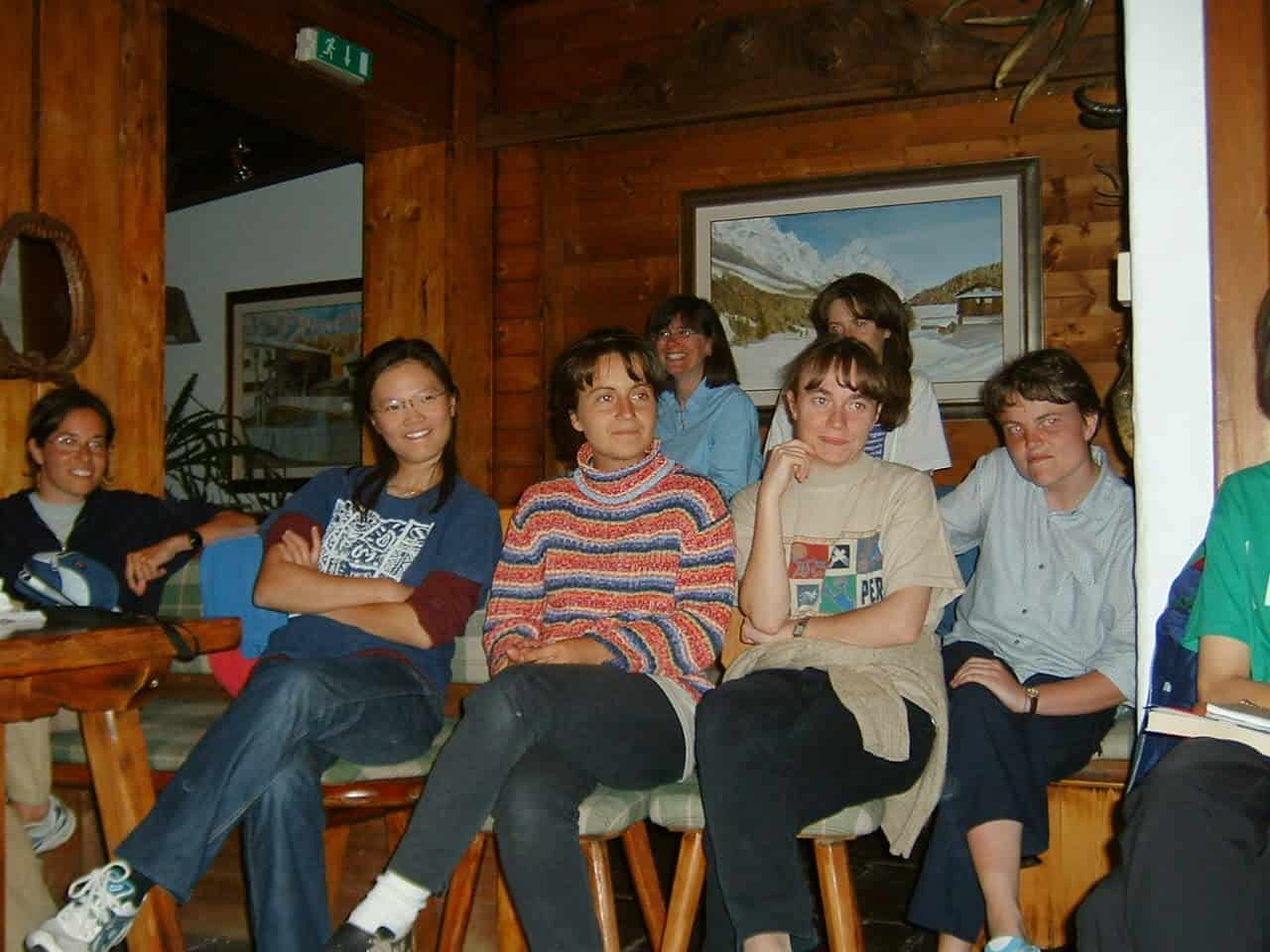